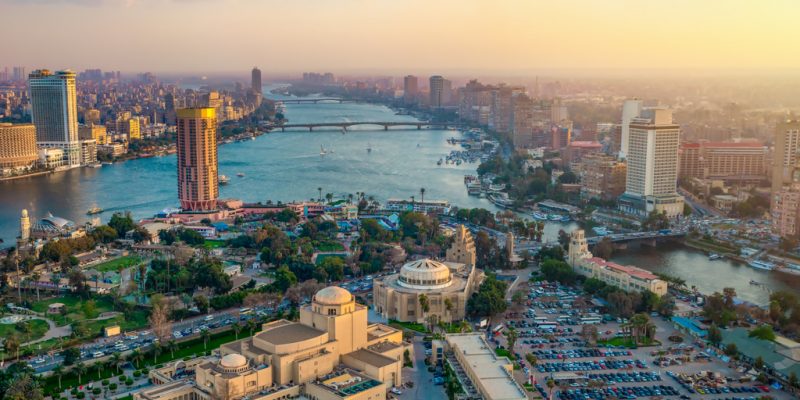 The Egyptian government is implementing an ambitious £447.3 billion ($27.6 billion) investment plan to carry out at least 691 green projects for the fiscal year 2020/2021. The investment primarily affects the transport and energy sector.

Egypt’s Minister of Planning and Economic Development, Hala El-Said, recently said the government plans to invest £447.3 billion ($27.6 billion) in 691 green projects over the coming year. Despite the health crisis caused by the coronavirus, the government is carrying out its investment plan with £36.7 billion already committed, representing 14 per cent of the total public investment planned for the 2020/2021 fiscal year.

The government’s green investment plan focuses on the transportation sector, which absorbs 50% of the planned budget. For example, the funds allocated by the Egyptian government will be used, among other things, to implement the electric train project that will link the new administrative capital (NAC) to other cities in the country. This project is being financed to the tune of 67 million dollars by the Exim Bank of China.

The railway line will be 67 km long with 11 stations. The first phase of the project was due to start at the end of 2019 with work being carried out by the China Civil Engineering Construction Corporation (CCECC).

The future rolling stock will be able to carry 340,000 passengers a day. Once completed, the project is expected to save the government 2.3 billion Egyptian pounds (about $130 million) in fuel subsidies related to car traffic per year. It will also reduce traffic on the highway linking the capital to the port city of Ismailia, north-east of Cairo, by 30%.

As part of the $27.6 billion investment plan for green projects in Egypt, the government also plans to continue construction of “Cairo Metro lines 3 and 4 to solve the problem of traffic congestion in Greater Cairo, as well as a monorail project in NAC and the City of 6 October (Giza Governorate)”.

The Egyptian authorities will continue their investment programme in the electricity sector, in particular with the production of renewable energy. Funding will be allocated specifically to a 25 MW wind power project in the Gulf of Suez, as well as to the construction of the Zaafarana solar photovoltaic power plant. With an expected capacity of 50 MWp, the project is being implemented by the German company Belectric. The Egyptian government estimates that the project will provide 90 million kW/h of electricity per year, while avoiding the emission of 50,000 tons of carbon dioxide. Over the same period, the Egyptian authorities will thus save 18,000 tonnes of oil, a fossil fuel used to run thermal power stations.

Egyptian Minister of Planning and Economic Development Hala El-Said also indicates that 30% of the funds dedicated to green projects will be invested in the housing sector, mainly in the new cities under construction in Upper Egypt. Finally, waste management will be included in the Egyptian government’s investment programme, with the aim of strengthening solid waste management and the efficiency of the cleaning system throughout Egypt.