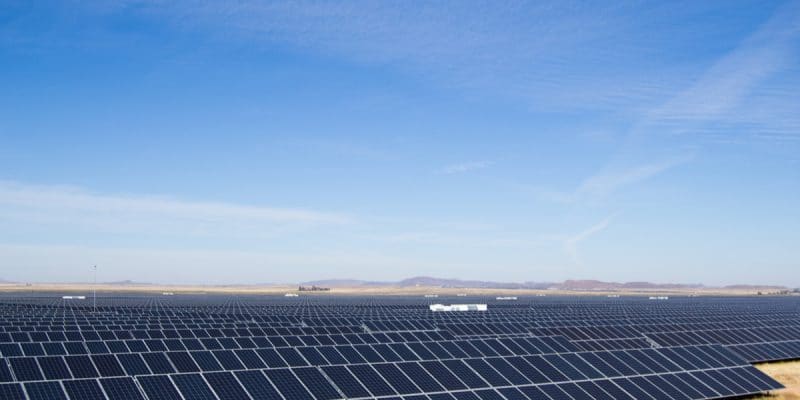 The French energy company Voltalia announced on November 8, 2018, the launch of construction work on a 32 MW solar power plant in Egypt. The electricity produced by the Ra Solar power plant will bring Egypt's installed solar capacity to 2 GW. The country will thus achieve its objectives with regard to COP 21.

The announcement made by Voltalia, certainly sparked a relief within the Egyptian government. Present at the Africa Investments Forum (an event dedicated to business opportunities on the African continent in different fields) held in Paris on November 8, 2018, Voltalia declared that it had begun construction work on Ra Solar: a 32-megawatt solar power plant located in the Ben Ban complex (the largest solar complex in the world, with a capacity of 1.8 gigawatts), in Aswan, a city located 843 kilometres from Cairo.

The commissioning of the Ra Solar power plant, scheduled for the second half of 2019, will contribute to the achievement of the objectives that Egypt set itself in 2015, within the framework of the United Nations Framework Convention on Climate Change, COP21. Indeed, Egypt’s strategic energy plan aims to develop 4.3 gigawatts of renewable capacity, including 2 gigawatts of solar photovoltaic capacity. In addition, increasing the production capacity of the Ben Ban solar complex will prevent the emission of two million tonnes of CO2 per year, while improving access to cheap, green energy in Egypt.

The construction of Ra Solar, marks Voltalia’s entry into the African market

Created in 2005, the French renewable energy producer, Voltalia, which had a turnover of 180 million euros in 2017 and 490 employees, with 524 megawatts of total installed capacity, is making a major entry into the African market. The construction of Ra Solar, represents its first contract on the African continent, won in October 2017, from the Egyptian Electricity Distribution Company (Eetc). The latter will buy the electricity produced by Voltalia for 25 years.

To finance the project, Voltalia works with Proparco, a subsidiary of the French Development Agency (AFD) dedicated to the private sector and specialised in financing sustainable development projects in the economic, social and environmental spheres.

Voltalia is currently developing many projects on the African continent and in the specific case of Egypt, Voltalia has announced its ambition to develop a portfolio of 800 megawatts of projects over the next 5 to 8 years, either on its own behalf or on behalf of third party customers.