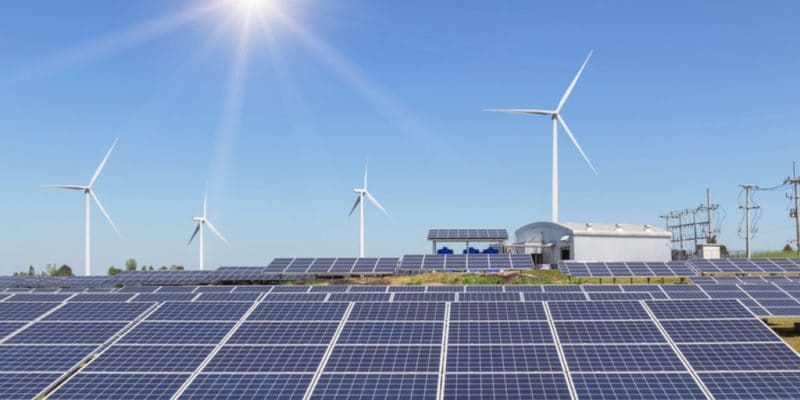 The European Bank for Reconstruction and Development (EBRD) has decided to lend $183 million to the Egyptian Electricity Transmission Company (EETC), a state-owned company. The appropriation is intended to finance the modernisation of the electricity grid by injecting renewable energy .

Egyptian Electricity Transmission Company (EETC), the company that provides the electricity utility, receives funds for the modernisation of its network. This is a $183 million loan from the European Bank for Reconstruction and Development (EBRD).

The money will be used not only to modernise the electricity grid, but above all to strengthen it through the construction of new substations that will allow the integration of new energy sources. The ultimate goal is to facilitate the injection of 1.3 GW of electricity produced from renewable sources.

Currently in this North African country, two sources of electricity are more highly valued, with large-scale production. First of all, there is solar energy, with production concentrated mainly in the Benban photovoltaic solar complex, which will eventually provide a production capacity of 1.65 GWp. The project is fully developed by independent power producers (IPPs). This is the case of the Norwegian Scatec Solar and the French EDF Renouvelables, a subsidiary of the giant Électricité de France (EDF).

They have recently commissioned their photovoltaic solar parks in the Benban complex. Work to strengthen the network is in progress in this locality located in the governorate of Aswan. They are led by the Egyptian company El Sewedy Electric. These include the installation of a 500 kV transformer, as well as the construction of a 195 km-long 500 kV high-voltage line from Benban to Upper Egypt.

Wind power in the middle of a boom

The other renewable energy source used in Egypt is wind power. The projects are developed by the IPPs, most of which are concentrated in the windy locality of Ras Ghareb in the Gulf of Suez. In fact, a wind farm has already been commissioned in this area. With a capacity of 262.5 MW, it belongs to a consortium composed of the French giant Engie, the Egyptian company Orascom Construction and the Japanese company Toyota Tsusho Corporation/ Eurus Energy Holdings Corporation.

This electricity is fed into the EETC network. Other wind energy projects are being developed in the same locality to boost the capacity of the grid, hence the importance of modernising and strengthening it. The EBRD estimates that the use of the $183 million loan granted by EETC will help to reduce CO₂ emissions by 77,000 tonnes per year in Egypt.