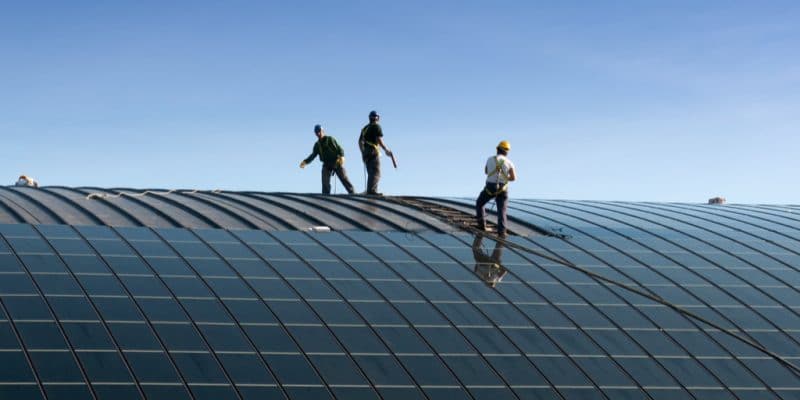 The New Administrative Capital Urban Development Company has shortlisted 12 companies to compete for the construction of mini solar power plants on the rooftops of public buildings in Egypt's new administrative capital (NAC), under construction near Cairo.

The New Administrative Capital (NAC) is expected to be a modern and ecological city. The Egyptian government wants the electricity consumed in this city under construction to come from renewable sources, including solar energy. The New Administrative Capital Urban Development Company, an ad hoc company created for the construction of the NAC, plans to install solar panels on the rooftops of the public buildings in the new city.

These small plants will be connected to the city’s power supply network by the company that won the recent call for tenders issued by Capital Urban Development Company.

Several of these companies are already involved in major electrification projects in this North African country. This is the case of Infinity Solar and El Sewedy Electric, which are involved in the construction of the Benban solar complex in the governorate of Aswan. All successful companies are invited to submit technical and financial bids for the installation of 15 MW solar power plants on the roofs of public buildings selected by Capital Urban Development Company. They have until October 16, 2019 to apply.

The project to install mini solar power plants on the rooftops of the New Administrative Capital’s public buildings is supported by the United Nations Development Programme (UNDP). It will contribute to making the NAC a true ecological city. Other initiatives have been launched to achieve this objective. For waste, for example, the government plans to convert it into fuel or incinerate it to produce electricity. In September 2019, a public-private partnership (PPP) was signed between the New Urban Communities Authority (NUCA), the Belgian group Besix and the Egyptian company Orascom Construction. The plant, which both partners will install, will transform the waste into fuel for a cement plant in Upper Egypt.