EGYPT: $11.6 million to modernise several irrigation systems in the north 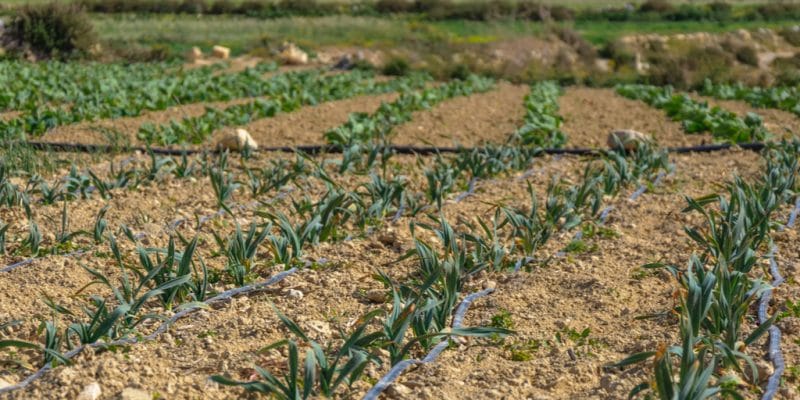 The Egyptian government has embarked on a project to upgrade irrigation systems in the north of the country. The aim is to reduce water consumption while including renewable energy in agriculture.

As part of its policy to reduce water consumption throughout the country in general and in the agricultural sector in particular, the Egyptian government recently launched a project to modernize several irrigation systems. The news comes from the Egyptian Ministry of Water Resources and Irrigation, stating that the aim of the project is to change the surface irrigation systems (currently in use) to drip irrigation, which consumes less water.

The current project will cover a total area of 3,140 hectares of plantations in Upper Egypt. The government will invest a total of 183.7 million Egyptian pounds, or $11.6 million. The funding will also equip the irrigation systems with solar systems to improve their electricity supply.

The project is part of the Egyptian government’s new policy to reduce water consumption by agriculture. Within this strategy, unconventional water resources are given priority. A few days ago, a large agricultural wastewater treatment plant was built in the governorate of Ismailia. With a capacity of one million cubic metres per day, the plant was built by the Emirati company Metito and the Egyptian company Hassan Allam Construction. The water treated in the new plant will be used to irrigate 28,300 hectares of plantations in the Sinai Peninsula.

Overall, since August 2019, the Egyptian government has put in place restrictions on the cultivation of food crops such as rice, sugar cane, bananas and all crops with a high water content in the Nile basin. This new measure is aimed at saving the waters of this river already impacted by major infrastructure projects such as the Renaissance Dam in Ethiopia.

According to the Egyptian government, the country suffers from a water deficit of 30 billion m³. Egypt needs at least 90 billion m³ of water annually to cover the needs of its more than 104 million inhabitants. Egypt currently has only 60 billion m³, of which 55.5 billion m³ comes from the Nile and half a billion m³ from non-renewable groundwater spread over several parts of the desert.