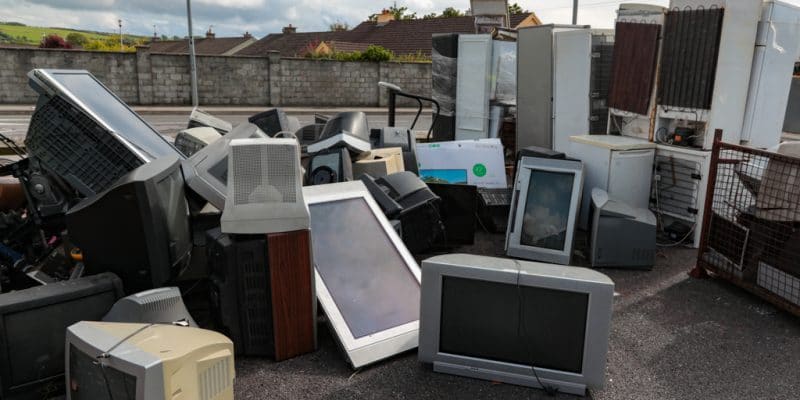 The East African Community (EAC) is now banning the importation of used cathode ray tubes (CRTs) and stand-alone computer monitors into the sub-region. The measure will come into effect on July 1st, 2022.

The East African Community (EAC) is choosing to preserve the environment by banning the import of electronic waste from developed countries. These are specifically cathode ray tubes (CRTs) and used stand-alone computer monitors. The decision was taken at the last meeting of the EAC Sectoral Council on Trade, Industry, Finance and Investment (SCTIFI), held in Arusha, Tanzania.

This decision, which only waits July 1st, 2022 and national legislation (from Kenya, Uganda, Tanzania, Rwanda, Burundi and South Sudan) to be applied, is the result of numerous complaints from environmental organizations. Indeed, the lead content of a single cathode ray tube can reach 1.5 to 2 kg. According to the World Health Organization (WHO), this chemical substance attacks the brain and central nervous system, causing coma and convulsions.

Exposure to lead also causes anaemia, hypertension and kidney failure with toxic effects on the immune system and reproductive system. On the environmental side, larger lead particles pollute soil, groundwater and surface water, while smaller particles travel long distances through the air and remain in the atmosphere.

The EAC says that with the entry into force of its new regulation, vendors of electronic gadgets operating in East Africa will now be responsible for the disposal of waste generated by their products. In the sub-region, Rwanda and Kenya are already leading the way in this direction.

Despite these assurances, concerns remain about the appropriateness of the EAC’s decision to ban the import of used CRTs and stand-alone computer monitors into East African countries in light of multiple existing conventions. The Basel Convention, an international treaty in effect since 1992 was intended to reduce the flow of hazardous waste, including electronic waste from Organization for Economic Cooperation and Development (OECD) member countries to non-member (developing) countries. Yet, in 2019 alone, Africa generated nearly 2.9 million tons of waste electrical and electronic equipment (WEEE), according to a study released on July 03rd, 2020 by the Global E-waste Statistics Partnership.