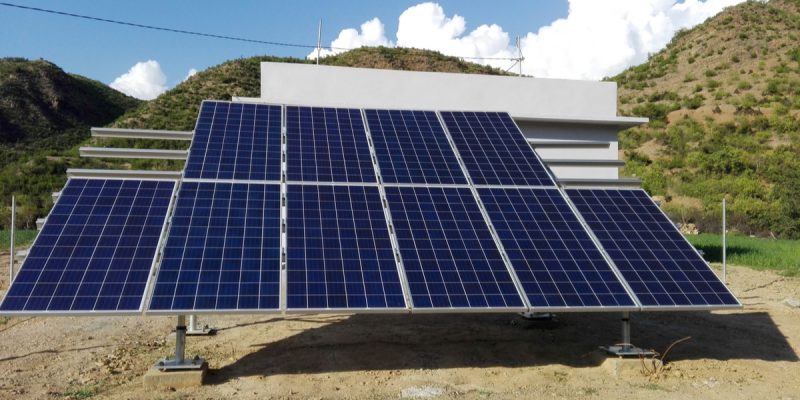 The RES4Africa Foundation announced on July 29, 2020 that it has signed a Memorandum of Understanding with the East African Centre of Excellence for Renewable Energy and Energy Efficiency (EACREEE). The agreement aims to strengthen and expand the Micro-Grid Academy (MGA), a programme to promote mini green grids in rural African areas where almost 90% of the population has no access to electricity.

The agreement signed on July 29, 2020 between the RES4Africa Foundation (Renewable Energy Solutions for Africa) and the East African Centre of Excellence for Renewable Energy and Energy Efficiency (EACREEE), is a new step towards the sustainable electrification of rural areas in Africa. Through this document, the EACREEE is providing technical support to RES4Africa Foundation for the development of the Micro-Grid Academy (MGA), a Nairobi-based professional capacity building programme whose mission is to create a skilled and knowledgeable workforce for the deployment of decentralised renewable energy solutions in East Africa and beyond.

“We are very proud to collaborate with the EACREEE in promoting the Micro-Grid Academy, a programme that is very important to us. Investing in the vocational training of young Africans is an investment in Africa’s future, and with the EACREEE at our side, we can see that brighter future,” said Roberto Vigotti, Secretary General of the RES4Africa Foundation.

Mini-Green Networks, a key to hope for rural areas in sub-Saharan Africa

There is growing consensus among development partners that mini green grids are a way to significantly improve access to electricity in rural Africa. These areas, which are home to nearly 63% of the population of sub-Saharan Africa, are the most deprived of electricity, with nearly 90% of the population cut off from the electricity grid.

Moreover, electricity in Africa costs up to three times more than in Europe or the United States, which makes it impossible for even the most modest households to connect to the grid, even if it is technically possible. With the world’s youngest population and its high population growth, Africa is expected by the World Bank to account for 40% of the world’s population by 2100. That is 4.4 billion people, who will need to be able to provide electricity.

It is in this context that the partnership between RES4Africa and the East African Centre of Excellence for Renewable Energy and Energy Efficiency (EACREEE) comes into play. An approach that aims to improve access to green and cheaper electricity in rural communities, through strengthening the technical capacities of local companies and creating new jobs.

Launched by the RES4Africa Foundation in January 2018, the Micro-Grid Academy has so far trained more than 500 students from the partner states of the East African Community (EAC) as well as Zambia, Ethiopia and Europe. Its new target is to train up to 300 people a year, ranging from community technicians to project managers, developers, engineers and students.