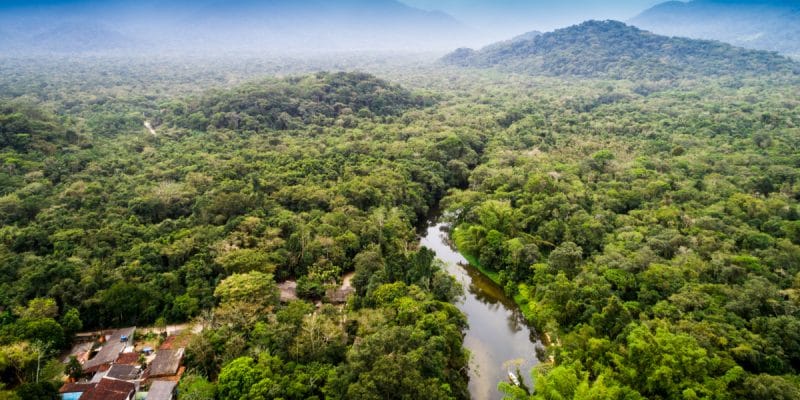 The DRC government and the Wildlife Conservation Society (WCS) have signed a management agreement for the Kahuzi-Biega National Park (KBNP) in eastern Democratic Republic of Congo (DRC). This public-private partnership (PPP) offers better conservation prospects for the rich biodiversity of KBNP, which is threatened by poaching and illegal mining.

A wind of hope is blowing across the 6,000 square kilometres of the Kahuzi-Biega National Park (KBNP) in the eastern Democratic Republic of Congo (DRC). After three years of negotiations, the Wildlife Conservation Society (WCS), an American non-governmental organization (NGO) whose goal is the preservation of nature in the world and particularly in Africa, has been awarded the management of KBNP. The NGO, based at the Bronx Zoological Park in New York, USA, has signed a public-private partnership with the DRC’s National Protected Areas Agency (ICCN) for the management of the KBNP.

Through this partnership, WCS proposes integrated management. It will protect the unique wildlife and habitats of the KBNP. It will also recognize the rights of Batwa indigenous peoples and local communities by allowing them to be active and influential partners and constituents in the governance and management of the park. “Our commitment to this new management agreement is rooted in our experience around the world. We partner with over 200 indigenous peoples’ groups and 1,500 local communities in the belief that nature and people are intrinsically linked, as are biodiversity and cultural diversity. We recognize that they are mutually reinforcing, interdependent and often co-evolved,” explains WCS.

Kahuzi-Biega National Park is a biodiversity hotspot lost in one of the most troubled and insecure regions in the world, eastern DRC. Insecurity in and around the park is fuelled primarily by the illegal extraction and trade of its abundant and increasingly sought-after natural resources (wildlife, timber, charcoal, gold, coltan, tin and tungsten).

Read also-CONG: the PPFNC, for integrated and sustainable forest management in the north of the

In a statement dated Monday, April 18, 2022, the indigenous peoples accused a PNKB official of having installed a representative of the governor in the Bileta quarry located inside the park. This, they say, promotes illegal mining in this protected site.

The PNKB was created in 1970. Listed as a World Heritage Site by UNESCO (United Nations Educational, Scientific and Cultural Organization) since 1980, the site is covered by a vast expanse of primary rainforest and is dominated by two extinct volcanoes, Kahuzi and Biega, which rise to between 2,100 and 2,400 meters above sea level. It is home to one of the last populations of mountain gorillas.