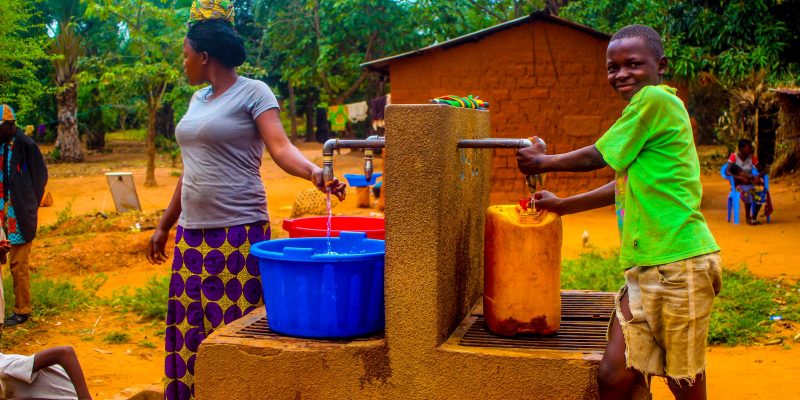 The French company Vergnet Hydro will reinforce two drinking water networks in the town of Mbuji Mayi in Kasai Oriental. The solar hybridisation that is at the heart of this project will provide drinking water to 80,000 people.

The drinking water supply of part of the city of Mbuji Mayi will be reinforced by December 2020. This will be thanks to the French company Vergnet Hydro, which won the contract as part of the Enabel (Belgian Development Agency) Progeau programme in the Democratic Republic of Congo (DRC). Vergnet Hydro is thus responsible for improving drinking water supply conditions in Mbuji Mayi. This city of more than 3 million inhabitants is confronted with the problem of drinking water.

“The drinking water networks are (…) supplied by thermal generators. However, in this landlocked province, fuel is expensive. This has a significant impact on the price of water sold at standpipes, which are ultimately under-used due to the low purchasing power of the population,” explains Vergnet Hydro. The company specialising in water supply proposes solar hybridisation to improve the accessibility of populations and reduce the impact of production facilities on the environment.

Specifically, Vergnet Hydro will supply equipment and install two 32 kWp and 37 kWp photovoltaic solar power plants. The company estimates that its solar power plants without electricity storage systems (batteries) will be capable of producing 130 m³ and 160 m³ per day, benefiting at least 80,000 people in Mbuji Mayi. “In order to guarantee a 365-day-a-year supply, the solar generators will, if necessary, be relayed by thermal generators on days with heavy cloud cover and at night,” says the company based in Ingré, France.

Vergnet Hydro will also provide training for the operators of the two networks grouped within the Association of Users of Drinking Water Networks (Asurep). “We are planning 4 sessions for the technicians of each network and for inter-network technicians, we will equip them with tool kits (multimeters, assembly-disassembly tools, solarimeter, etc.), and we will provide a maintenance support service in the first few months,” explains Roman Snrech, project execution manager at Vergnet Hydro.

Reinforcement of 13 drinking water networks in Kasai Oriental and Maniema

Vergnet believes that after the training, the operators of the two drinking water networks will be equipped for the autonomous daily management and maintenance of the equipment. Vergnet’s Enabel Progeau programme, which is part of the project, will also make it possible to upgrade nine other drinking water networks in the town of Mbuji Mayi via solar hybridisation, benefiting 350,000 people.

The programme financed by Belgium will also benefit the province of Maniema, where four drinking water networks will be reinforced for at least 100,000 people.