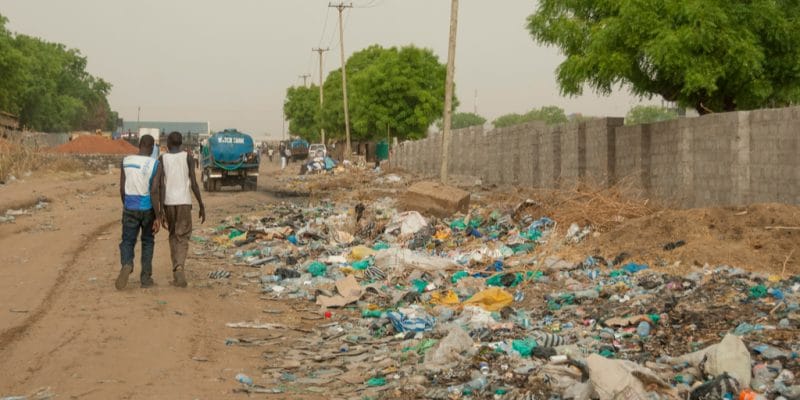 The United Nations Children's Fund (UNICEF) is launching an awareness campaign on waste collection and recycling in the city of Kinshasa in the Democratic Republic of Congo (DRC). The campaign, which begins in September 2022, targets 24 communes in the capital, which is exposed to the effects of climate change.

In the Democratic Republic of Congo (DRC), the city of Kinshasa alone produces 7,000 tonnes of waste per day. In this context, the United Nations Children’s Fund (UNICEF) is launching an awareness-raising campaign on waste collection and recycling in the capital, called “Bopeto na Kelasi” in Lingala, meaning “Cleanliness at school”.

“Poor waste management contributes to climate change and air pollution and directly affects many ecosystems. Together with my colleague Ketsia Passou (14), we support the ‘Bopeto na Kelasi’ campaign to raise awareness among schoolchildren about proper waste management on a daily basis,” explains Emmanuel Jidisa (17), one of UNICEF’s two Climate Ambassadors in DRC.

Although the DRC is one of the African countries to have banned the production, import, marketing and use of plastic packaging, the 15 million inhabitants of the capital produce an average of 1,500 tonnes of plastic every day, according to the Régie d’assainissement et des travaux publics de Kinshasa (RATPK). The poor management of this waste has an impact on the environment in this Central African country.

“In the DRC, climate change and biodiversity degradation directly threaten the ability of children to survive, grow and thrive. Flooding and erosion frequently damage water and sanitation infrastructure and disrupt services, spreading waterborne diseases, including cholera and malaria, to which children are particularly vulnerable,” says the UN agency.