DRC: the new rise in the water level of Lake Tanganyika causes concern 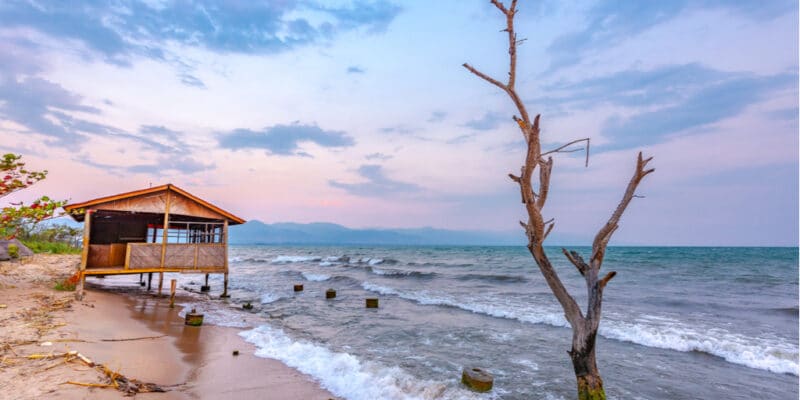 Lake Tanganyika is still in the news. After the tragedy of April 2020, when the rising waters of the lake caused the death of 46 people, a new disaster has struck the people of Uvira, a town in the province of South Kivu in the Democratic Republic of Congo (DRC).

With a surface area of 32,900 km2, Lake Tanganyika is the second largest body of fresh water in Africa after Lake Victoria (68,100 km2). For more than a year now, this mildness has given way to monster waves that destroy everything in their path.

The town of Uvira, in the province of South Kivau in the Democratic Republic of Congo (DRC), was recently flooded by the waters of Lake Tanganyika. Although the damage has not yet been quantified, the DRC authorities indicate that many families are homeless. According to our colleagues from La Nouvelle Société civile d’Uvira, 300 m3 of water from Lake Tanganyika flooded the town of Uvira. The same situation also occurred in April 2020 with floods that caused serious human and material damage (at least 46 deaths and 15,000 houses destroyed). Lake Tanganyika lies at the intersection of the DRC, Burundi, Rwanda, Tanzania and Zambia.

According to the authorities in Uvira, climate change is the main cause of the rising waters of Lake Tanganyika. Climate change is exacerbating weather phenomena, leading to storms of greater magnitude and intensity. In addition, the forest planted around Lake Tanganyika to hold back the waters has been destroyed by humans. For the people of Uvira, the challenge now is to reduce the impact of the rising waters of the lake, while preserving its rich biodiversity. The lake is home to a large number of fish and waterfowl species.

A monitoring system for Lake Tanganyika

In addition to reforestation and the establishment of drainage systems, a project to monitor the rising waters of Lake Tanganyika is underway. Launched in January 2021 by Lake Tanganyika Water Management (Latawama) and the Lake Tanganyika Authority (LTA), the project will support the development of a modern and efficient lake level monitoring system to accurately monitor the inflow and outflow of water that defines the lake level. The project will also increase the knowledge levels of research institutions and universities in the riparian countries.

In 2019, the ATL launched the Lake Tanganyika Regional Water Management Project to sustainably improve the management and quality control of the transboundary waters of this large lake. The project is funded by the European Union (EU).