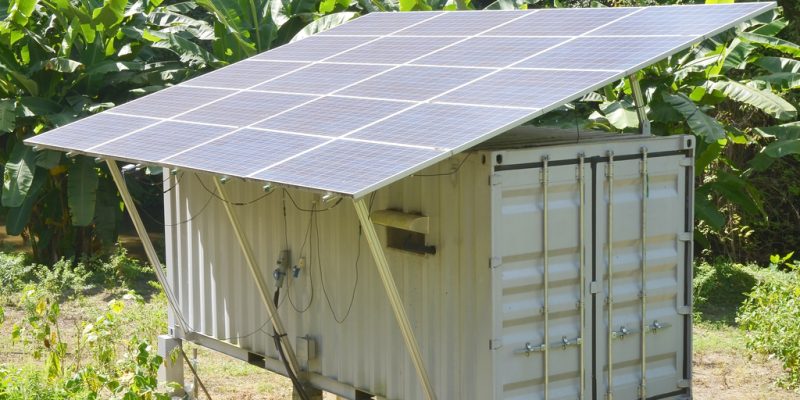 Solar energy supplier Equatorial Power has chosen SustainSolar to install a solar system with storage to power a mini-grid on the island of Idjwi in the Democratic Republic of Congo (DRC).

Equatorial Power will install a new mini-grid on the island of Idjwi in Lake Kivu in the Democratic Republic of Congo (DRC). The Ugandan-based company plans to install a solar photovoltaic system with batteries for electricity storage. The off-grid solar system developer has chosen SustainSolar to carry out its project.

The provider of turnkey solutions will install its Sustain Compact device. This system will consist of several photovoltaic solar panels capable of producing 29.7 kWp. The panels will be connected to solar inverters, as well as a battery storage system with a capacity of 88.8 kWh. All this equipment is installed in a 20-foot container.

The second phase of a mini-grid project

According to SustainSolar, its solar system is fully pre-installed, tested, and ready to be commissioned on the island of Idjwi within a few hours. “SustainSolar’s solution significantly reduces the operational complexity around the procurement and installation of the power plant. It gives our team more time to focus on the distribution and metering infrastructure,” says Abishek Bharadwaj, Technical Director of Equatorial Power.

The new system will provide electricity to 20 households, an industrial park, refrigerators for local shops, an egg incubator, and a juice manufacturing facility. The mini-grids will be located 30 km from another solar system built by Equatorial Power. This mini-grid provides electricity to 304 homes and businesses on the 340 km²  island. The on-site functional solar power plant has a capacity of 100 MWp. Equatorial Power plans to install 10 additional mini-grids in the second phase of its project. These facilities are expected to produce 1 MWp for inhabitants of the island.

Equatorial Power’s project thus supports the DRC government’s electrification policy, which relies heavily on off-grid suppliers. These companies are multiplying projects to provide clean energy to the population. In February 2020, the company Nuru commissioned a 1.3 MWp off-grid solar system in Goma in the province of North Kivu.