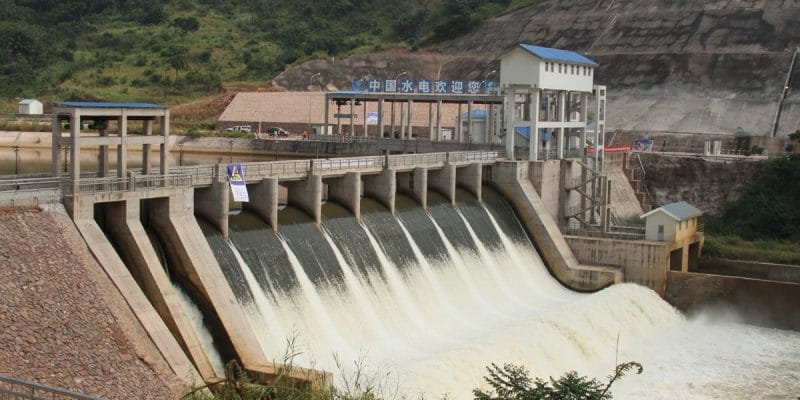 The Zongo 2 hydroelectric power plant, with an installed capacity of 150 MW, has just been inaugurated by President Joseph Kabila. The work was carried out by the Chinese company Shinohydro. Announced for 3 years, the project lasted six years.

The President of the Democratic Republic of Congo (DRC), Joseph Kabilla, personally inaugurated the new Zongo 2 hydroelectric plant. Located 130 km from Kinshasa the capital, this dam was built on the Insiki River, which flows 4 km further into the Congo River, in the heart of the Central Kongo Province (formerly Bas-Congo). With an installed generation capacity of 150 MW (an annual output of 850 GWh), the dam will operate with three turbines of equal power. The energy produced will eventually be destined for the city of Kinshasa and the Central Kongo-Province, where populations and businesses are suffering from load shedding problems.

The dam was fully financed by Exim Bank of China (China’s state-owned foreign trade bank, editor’s note) for a total of $360 million. It is a loan with an interest rate of 2% granted by the Congolese DR government whose repayment will be made over a period of 20 years. The dam itself is expected to generate $47 million annually.

A project carried out by Sinohydro

The construction of the dam was entrusted by Sinohydro. This is customary, as almost all the hydroelectric projects financed by the Exim Bank of China in Africa are entrusted to the Chinese company Sinohydro. It has extensive experience on the African continent, with work in progress in Zimbabwe, Cameroon and Ivory Coast. The company employs more than 130,000 people worldwide. It took six years to build the Zongo 2 dam, which was originally planned to last three years.

In order to supply the city of Kinshasa with the energy produced locally, the National Electricity Company (SNEL) will need high-voltage lines. DRC Energy Minister Ingele Ifoto has confirmed that the construction of a high-voltage line is currently underway in Kinshasa-Kinsuka. This other project is also financed by Exim Bank of China (the amount has not been specified).

The Zongo 2 dam replaces Zongo 1 built 60 years ago and whose activity is reduced to 6% because of its obsolescence. Experts attribute this state of affairs to the lack of maintenance of this colonial installation. Poor maintenance of dams in DR Congo and low investment explain the country’s very low electrification rate, which is around 10% of the population.

But the new dam should make it possible to raise a little the installed capacity of the DRC which is of 3 000 MW (according to the official figures) a figure, however, largely lower than the energy needs of the country estimated at 100 000 MW.