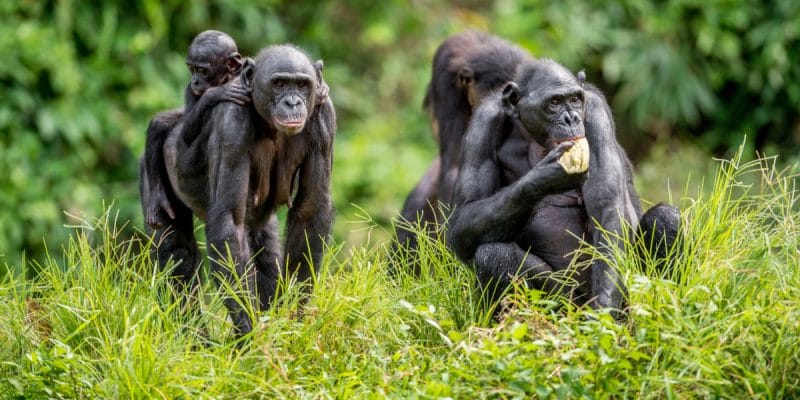 The Salonga National Park in central Democratic Republic of Congo (DRC) has been removed from UNESCO's list of World Heritage in Danger. This is an early decision according to environmental activists, who continue to call for the cancellation of oil concessions granted in the Salonga and Virunga parks by the DRC government.

The World Heritage Committee, meeting online from 16-19 July 2021, removed Salonga National Park in the Democratic Republic of Congo (DRC) from the List of World Heritage in Danger due to improvements in its state of conservation. “Regular wildlife monitoring shows that bonobo populations remain stable within the reserve despite past pressures and that the forest elephant population has slowly begun to recover,” says the United Nations Educational, Scientific and Cultural Organisation (UNESCO), the developer of the list.

While the removal of Salonga from the List of World Heritage in Danger is a satisfaction for the DR Congolese government, as well as for the Congolese Institute for Nature Conservation (ICCN) and the World-Wide Fund for Nature (WWF), which has been managing the park since 2015, it is not the same for some environmental activists.

Cancellation of oil concessions created in the parks

In response to the removal of Salonga Park from the List of World Heritage in Danger, Greenpeace Africa is urging the Congolese authorities not to stop there. “These are vast areas rich in biodiversity that provide clean water, food security and medicines to local communities and environmental services to humanity,” says Irene Wabiwa Betoko, international project manager for the Congo Basin Forest at Greenpeace. In a short film entitled “Virunga Zero Fossil” posted online on July 1st, 2021 by the NGO (non-governmental organisation), local people in Salonga and Virunga reiterate their concerns about the environmental impacts of the government’s planned oil projects.

“There is a legal act that was put in place by the president of the Republic, which is a presidential decree dating from 2010 that creates an oil block that is superimposed on the Virunga and Salonga parks. Today we believe that the end of our struggle will consist in the pure and simple cancellation of this decree,” says Michael Batakunda of the local organisation Innovation pour le développement et la protection de l’environnement (IDPE).