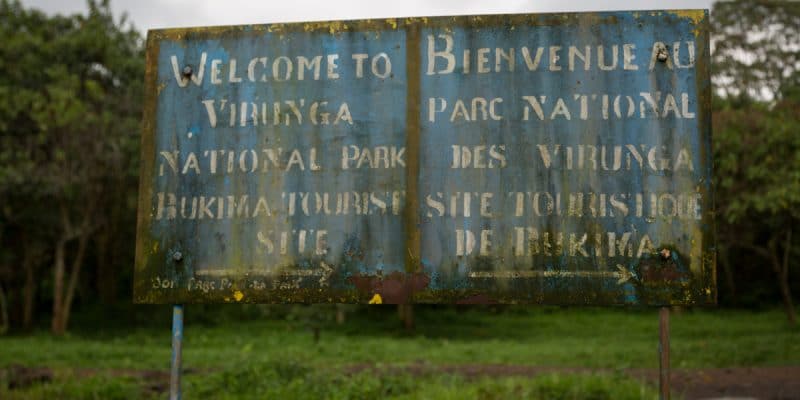 The oil exploitation project in the Virunga Park, in the east of the Democratic Republic of Congo (DRC), is arousing the anger of the local populations. In a short film entitled "Virunga Zero Fossil", posted online on July 1st, 2021 by the organization 350Africa.org, these populations reiterate their concerns about the impacts of the oil project on the environment and their livelihoods.

350Africa.org is introducing a new method of challenging the oil project in Virunga Park in the eastern Democratic Republic of Congo (DRC). In a short film posted on the internet on July 1st, 2021, the organization that mobilizes African people for the environmental cause highlights the danger of oil exploitation in the Virunga National Park.

The environmental activists and the people who speak out in the film are unanimous on one point. The DRC government should prioritize the environment and local communities, “rather than favoring the interests of oil licensees.  The government must act in the interest of its people by protecting them and creating opportunities that are conducive to the livelihoods of the communities and that protect the natural resources of the region,” says André Moliro, an environmental activist in the DRC.

The challenge to oil drilling in Virunga Park began in March 2018. The Congolese Minister of Hydrocarbons, had announced the downgrading of an area of 1720.75 km2 in the Virunga Park (representing 21.5% of its total surface) and 2767.5 km2 in the Salonga Park (located in the center of the country). The declassification of these protected areas (listed as UNESCO World Heritage sites) by presidential decree would allow the authorities to sell exploration and exploitation permits for the oil and gas reserves present in these areas.

Five months after this announcement, more than 23,000 Congolese signed a petition addressed to the President of the Republic, Félix Antoine Tshisekedi, to say “no to any initiative aimed at de-allocating or declassifying the Virunga and Salonga national parks for oil exploitation. In response to this petition, the office of the president of the DRC had to delay the start of drilling in the two parks.

A real threat to biodiversity and local populations

But local organizations are demanding legal action. “There is a legal act that was made by the President of the Republic which a presidential decree is dating from 2010 that creates an oil block that is superimposed on the parks of Virunga and Salonga. Today we believe that the end of our struggle will consist in the pure and simple cancellation of this decree,” says Michael Batakunda, a member of the local organization Innovation for the Development and Protection of the Environment.

The Virunga and Salonga national parks are located in the heart of the equatorial forest of the Congo Basin, which covers more than 2 million square kilometers. It is considered the second green lung of the planet after the Amazon forest, which makes it a strategic area in the fight against global warming. “Any oil activity in and around the park could permanently damage the rich ecosystems and biodiversity of the area and negatively impact hundreds of thousands of community members who depend on the park’s resources and activities,” explains Landry Ninteretse of 350Africai.org.

DRC/ZAMBIA: an agreement to manufacture batteries for electric vehicles