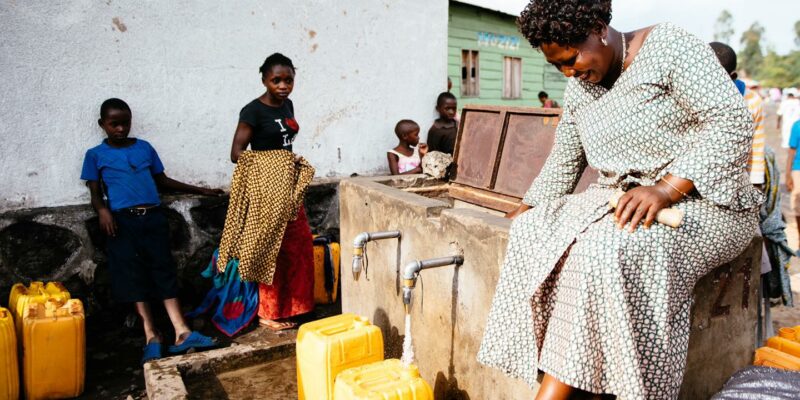 New facilities are improving the supply of clean drinking water to more than one million people in Goma and Bukavu, in the North and South Kivu provinces of the Democratic Republic of Congo (DRC). The project was implemented by the humanitarian organisation Mercy Corps, with funding from the UK.

The new drinking water facilities were commissioned on March 31st, 2021 by the Director of British Cooperation, Juliette John. They consist of two water tanks with a capacity of 5,000 m3 each. The facilities are located on Mount Goma and in Bushara (Nyiragongo), in the province of North Kivu in the Democratic Republic of Congo (DRC).

In North Kivu, the water stored in the new reservoirs is pumped from Lake Kivu, on the border between the DRC and Rwanda. The raw water is treated and then transported via 60 km of pipes. The drinking water project has also enabled the construction of more than 60 standpipes in Goma, as well as the connection of the pipes to the network in the province of North Kivu and in the territory of Nyiragongo, a deconcentrated administrative entity in the east of North Kivu.

A project funded by the UK

In addition to providing drinking water to more than a million people in Goma and Bukavu, “this programme will progressively reduce the death rate of children under five years of age due to water-borne diseases (diarrhoea, etc.),” says Juliette John, the director of British Cooperation. The average death rate due to waterborne diseases in the cities of Goma and Bukavu increased from 4.6% to 5.3% between February 2016 and February 2021.