DRC: Kinshasa says no to water transfer from Oubangui River to Lake Chad 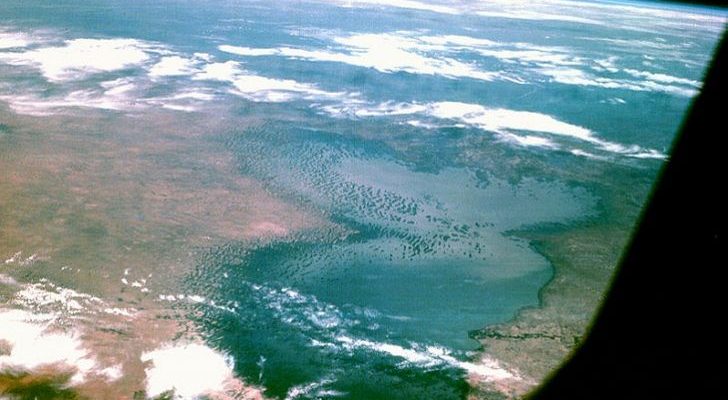 The Democratic Republic of Congo (DRC) opposes the project to transfer water to compensate for the drying up of Lake Chad. The country fears consequences on the country's ecosystems.

transThe news came as a blow to the Lake Chad Basin Commission (LCBC). On 5 April 2018, the Democratic Republic of Congo announced its opposition to the water transfer project to Lake Chad. This project called Transaqua aimed to prevent the Lake Chad from drying up. “There will be no question for the DRC to transfer the waters of the Ubangi River to Lake Chad,” said Amy Ambatobe, Congolese Minister of Environment and Sustainable Development, before the parliament. This decision came at a time when the meeting on the feasibility of the Transaqua project was being held in Switzerland on April 7.

Developed since 1970 by Bonifica an Italian company, the Transaqua project had two main objectives: to restore water to Lake Chad from the waters of the Congo River by digging a 2,500 km canal from the DRC, through the Central African Republic, to Lake Chad. The canal would have been sufficient to stabilize the surface of Lake Chad and the development of transport, energy and agricultural infrastructure for all of Central Africa. The planned withdrawal volume was in the order of 100 billion cubic metres of water annually.  From the outset, the cost of the project had been estimated at nearly 14 billion dollars by the Italian company Bonifica.

In addition, an agreement was signed between PowerChina and the Lake Chad Basin Commission (LCBC) in the Nigerian capital, Abuja, on December 13, 2016.  For the LCBC, Powerchina would carry on feasibility studies on the initial stages “of an infrastructure project creating a development corridor linking West Africa to Central Africa”. The Chinese company PowerChina has already piloted several projects in Africa including the construction of the Memve’ele hydroelectric dam in Cameroon. The feasibility study is ongoing and results are expected.

The reasons given by the DRC are diverse. The government fears that through abusive management, the Oubangui River will suffer the same fate in a few years as Lake Chad. The implementation of the project would also cause numerous problems such as hybridization of aquatic animal species, disappearance of certain links in the chains not adapted to the new living conditions created by the junction of the waters of the two regions, the risk of the appearance of new diseases limited to one or the other region and much more.

Other solutions must therefore be sought to contain the lowering of Lake Chad, which includes countries such as Cameroon, Niger, Nigeria and Chad because in the space of 40 years, Lake Chad would have lost 90% of its surface, not only because of climate change, but because of anarchic management of its natural resources.