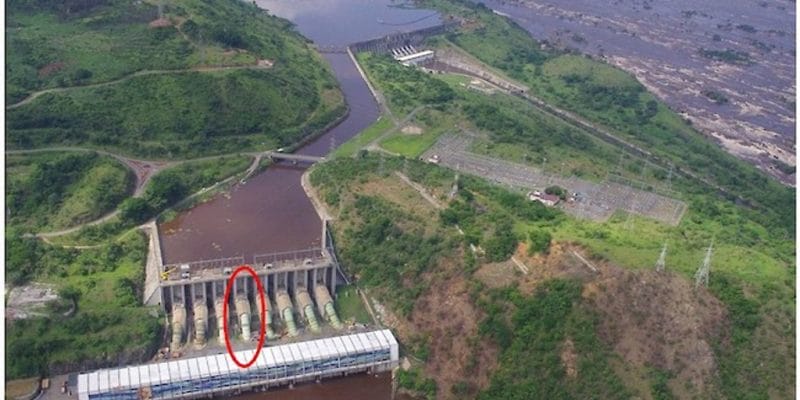 Ivanhoe Mines Energy DRC, a subsidiary of Canadian mining company Ivanhoe Mines, has decided to pursue an existing financing agreement with the Société nationale d'électricité (Snel) of the Democratic Republic of Congo (DRC). Ivanhoe Mines Energy will rehabilitate turbine 5 of the Inga II hydroelectric power plant to supply the Kamoa-Kakula copper mine in the Lualaba province in the south of the DRC.

The Inga II hydroelectric plant is back in the news. Its turbine 5 will soon be rehabilitated under an existing financing agreement between the Société Nationale d’Electricité (Snel) of the Democratic Republic of Congo (DRC) and Ivanhoe Mines Energy DRC, a sister company of Kamoa Copper SA which operates the Kamoa-Kakula copper mine in the southern province of Lualaba.

Voith Hydro and Stucky have commenced an engineering assessment to define the scope of work and associated cost estimates. The turbine is expected to have a capacity of 162 MW when completed, and the work will also include upgrading the terminal equipment on the Inga-Kolwezi transmission line to increase its transfer capacity by a minimum of 200 MW.

“Kamoa Copper’s management team continues to execute our strategic plan to systematically develop Kamoa-Kakula into one of the world’s largest and most environmentally friendly copper producers. The timely refurbishment of turbine 5 at the Inga II hydroelectric complex is critical to achieving our expansion goals over the next few years,” says Robert Martin Friedland, founder of Ivanhoe Mines.

As part of their financing agreement, Snel and Ivanhoe Mines Energy have already rehabilitated the 78 MW Mwadingusha hydroelectric plant. The electricity supplied by Inga II’s turbine 5 is expected to provide the Kamoa-Kakula copper mine with 240 MW of power. In total, this hydroelectric plant has eight turbines of 175 MW each, for a total capacity of 1,400 MW.

This major power station, commissioned in 1982, operates with a 125 km high dam on the Congo River, about 30 km from the city of Matadi. For the record, Kamoa Copper, which operates the Kamoa-Kakula copper mine, is a joint venture between the Canadian mining company Ivanhoe Mines (39.6%), the Chinese company Zijin Mining (39.6%), the DRC state (20%) and Crystal River Global (0.8%).