DRC: IFC to mobilise $400m for electrification via solar mini-grids 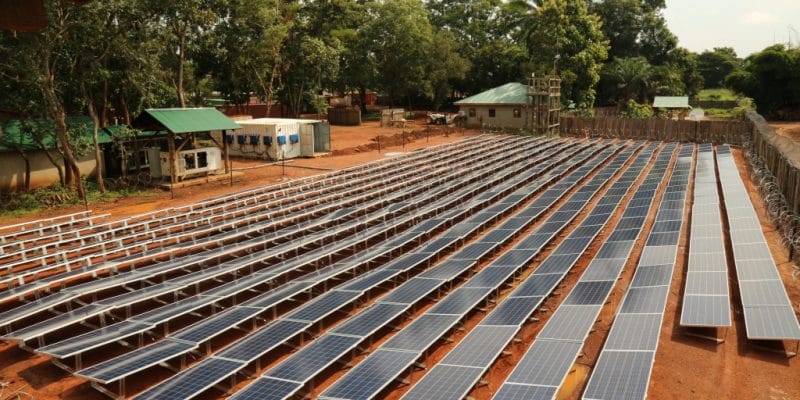 In the Democratic Republic of Congo (DRC), the International Finance Corporation (IFC) is launching its Scaling Mini-Grid (SMG) programme. The subsidiary of the World Bank Group wants to mobilise USD 400 million in private investment for electrification via mini-grids powered by solar photovoltaic energy.

The International Finance Corporation (IFC) is coming to the Democratic Republic of Congo (DRC) with the Scaling Mini-Grid (SMG) programme. Initiated by the World Bank Group, the SMG programme aims to stimulate investment in and development of renewable energy-based mini-grids in the countries most in need, many of which are in Africa.

With the active participation of the private sector, the IFC aims to mobilise $400 million for electrification via solar mini-grids in the DRC in the coming years. The World Bank Group subsidiary will encourage the signing of public-private partnerships (PPPs) to develop 180 MWp of installed solar capacity, with electricity storage for at least 1.5 million people, including households, businesses, schools and healthcare facilities.

The recently launched programme in the DRC will initially target the cities of Mbuji-Mayi and Kananga in central DRC. But “IFC and its partners in the (DRC) government have met with local authorities in the provinces of Kasai-Oriental and Kasai-Central to launch studies to assess local demand for electricity in the region and begin to identify potential sites for solar photovoltaic power plants,” says the financial institution headed by Senegalese economist Makhtar Diop.

Decentralised solutions currently used in the DRC for electrification include solar home systems (SHS) distributed by many private companies, including the UK’s Boxx, as well as off-grid solar systems capable of powering a community. Nuru is one of the pioneers of this electrification solution in the DRC. The company, led by Jonathan Shaw, provides clean electricity to people and businesses in the city of Goma, North Kivu province, and plans to roll out off-grid solar power plants in other parts of the DRC.

Through its programme SMG is proving once again the effectiveness of solar mini-grids in electrifying the least developed countries in terms of electrification like the DRC. According to the World Bank’s 2019 report, this Central African country has an electricity access rate of only 19% with an estimated population of nearly 90 million.