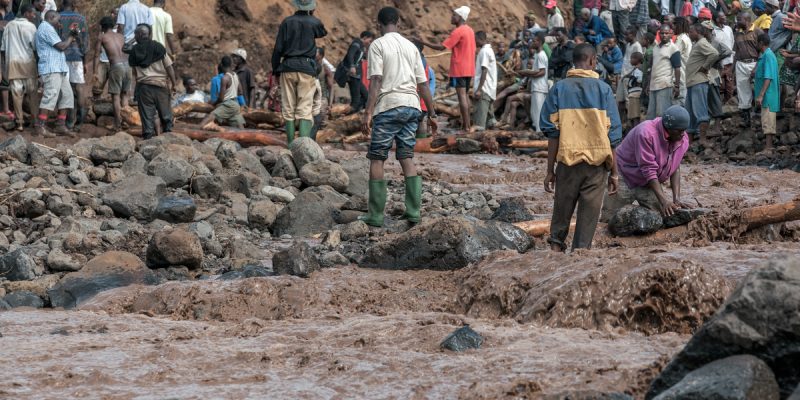 Several provinces in eastern Democratic Republic of the Congo were submerged after heavy rains. The floods killed more than 50 people and caused the evacuation of thousands of displaced people as well as extensive health damage.

The populations of South Kivu and Ituri experienced nightmarish scenes in the night of Friday to Saturday May 2, 2020. Heavy rains fell on these provinces located in the east of the Democratic Republic of Congo, causing the overflow of two large bodies of water: Lake Albert on the border between the Democratic Republic of Congo and Uganda, and Lake Tanganyika at the intersection of DRC, Burundi, Rwanda, Tanzania and Zambia.

The waters of these lakes have raged on the surrounding land, causing serious human and material damage. In South Kivu, the director of the Diocesan Caritas of Uvira, a development support agency of the Catholic Church, made a provisional assessment. The floods have caused more than 52 deaths and led to the evacuation of more than 100,000 displaced people. The city was cut off from the rest of the country as the two bridges linking the urban centre were washed away. “There is a lack of safe drinking water, sanitation has been compromised and there is a real danger of diseases, such as cholera, transmitted through contaminated water. Food, medicine, first aid kits, household utensils and mosquito nets are needed,” said Father Dominic Mulumeoderhwa.

In Ituri province, local people have counted about 100 houses washed away by the waters of Lake Albert.

The DRC, which borders East Africa, is also a victim of the floods that have become customary in the Great Lakes region. The last major floods were recorded in this Central African country in October 2019. They had left more than 36,000 people, including 24,000 children, in distress in the northern region of South Ubangui. In neighbouring East Africa, at least 265 people died within two months as a result of flooding, mudslides and landslides.

These disasters tend to confirm the predictions of the Intergovernmental Panel on Climate Change (IPCC), and the repercussions of a global warming of more than 1.5°C in sub-Saharan Africa. According to the world’s leading scientific authority on the assessment of scientific data on climate change, the rise in temperatures in the region is expected to be greater than the global average rise, and would result, among other things, in violent flooding.