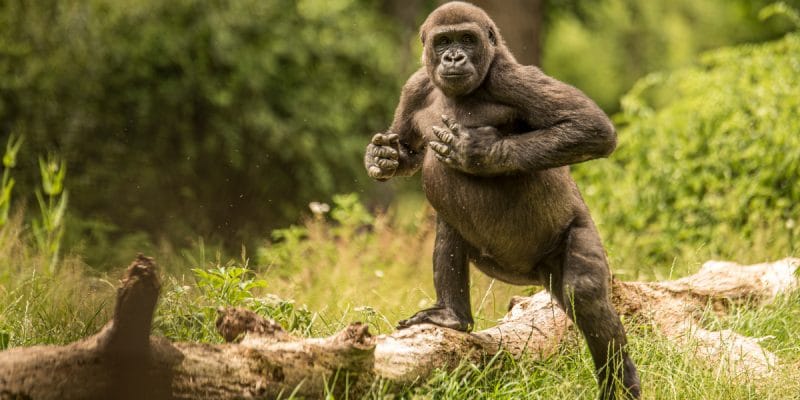 Gorilla FM, based in the Kahuzi-Biega National Park in eastern Democratic Republic of Congo (DRC), whose editorial line focuses on environmental protection, will launch its programmes on March 20, 2020. The project, supported by RFI, was presented on the 13th of February 2020, on the occasion of International Radio Day.

The Kahuzi-Biega National Park, located in the province of South Kivu in the east of the Democratic Republic of Congo, will be broadcast on 903 FM from the 20th of March 2020. On that day, Gorilla FM, a radio station dedicated to the environmental cause, will officially launch its programmes.

Pending this event, Gorilla FM was presented on February 13, 2020 by Radio France Internationale (RFI), which is one of its supporters. The French media thus took the opportunity of the celebration of International Radio Day to talk about this editorial project which is out of the ordinary. It is the first radio station serving protected areas in the DRC. “We came up with the idea of creating a radio station inside the park to raise awareness among the people who cut the trees,” explains Alain Bashizi, a member of the RFI club in Bukavu, who has now become coordinator of the Gorilla FM project.

In Congo, the gorilla population has been reduced by more than 70% in 20 years.

Spread over 600,000 hectares, Kahuzi-Biega National Park consists of primary tropical forest and abundant and varied wildlife. The park was declared a UNESCO World Heritage Site in 1980 and is named after the two extinct volcanoes that overlook it: Kahuzi and Biega, which rise to 2,100 and 2,400 metres respectively, and above which is one of the last populations of eastern lowland gorillas (graueri), which number only about 2,500 individuals, compared to 16,900 in 1994. According to the International Union for the Conservation of Nature (IUCN), war, illegal hunting and loss of habitat have led to “a catastrophic decline in its population, which has been reduced by more than 70% in 20 years”.

It is in this environment that Gorilla FM will be born. Some 6,000 Pygmies around the park will then be made aware of the protection of the primate whose name the radio bears. “We will also broadcast music, newspapers, as well as magazines on health, agriculture, breeding, fishing, nutrition and education,” said Alain Bashizi.