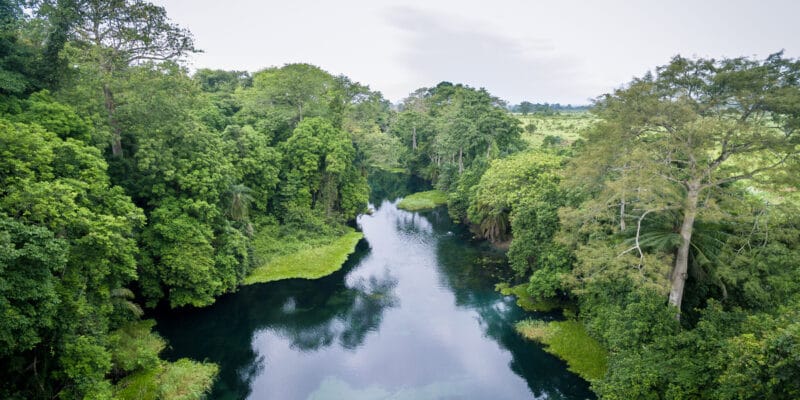 The Democratic Republic of Congo (DRC) wants to launch tenders for 19 oil blocks identified in the Congo Basin forest. According to the Congolese DR government, the revenues from this operation will have to finance several development projects in this Central African country. But for the non-governmental organisation (NGO) Greenpeace, this project is a crime against nature, a paradox for a country that has just expressed its commitment to the UN's 30% target. That is, to convert 30% of the world's land into protected areas.

Greenpeace Africa denounces the announcement made on January 28th, by the Congolese DR Minister of Hydrocarbons. “The review of the DRC’s oil and gas heritage has enabled us to select a total of 19 oil blocks that will soon be the subject of calls for tenders. These blocks are distributed as follows: nine blocks in the sedimentary basin of the central basin, three in the On Shore coastal basin, four in the Graben Tanganyika, three in Lake Kivu,” explains Rubens Mikindo. According to the minister, the funds raised at the auction are intended for the development of the coastal peoples and several other parts of the country.

This announcement is a bitter pill for Greenpeace. The international NGO for the protection of nature claims that the 19 oil blocks will not improve the daily lives of the local population. “Rather, they will endanger them and destroy biodiversity for the benefit of a small group of kleptocrats,” laments Greenpeace Africa. The oil blocks in question are all located in the Congolese basin. Also known as the Central Basin, it is a huge peat bog plain of about 1,000,000 km2 located in the middle of the Congo Basin forest.

The DRC concentrates 69.1% of deforestation in the Congo Basin.

According to Greenpeace, the granting of 19 oil titles in the central basin would further exacerbate deforestation in the Congo Basin. In February 2019, researchers from the Department of Geographic Sciences at the University of Maryland in the United States published a study indicating that at the current rate of destruction, natural forests in the DRC could disappear by 2100. The same study indicates that between 2000 and 2014, the area of forest lost in the entire Congo Basin is in the order of 16.6 million hectares (ha). The DRC takes the lion’s share, with 69.1% of this area, followed by Cameroon (9.9%).

The project to allocate 19 oil blocks in the Congolese basin is also in total contradiction with the commitment made by the Congolese president at the 2021 edition of the One Planet Summit. President Félix Tshisekedi has set himself up as a great defender of the environment, expressing his country’s commitment to contribute to the achievement of the UN’s 30% target. This means converting 30% of the world’s land into protected areas.