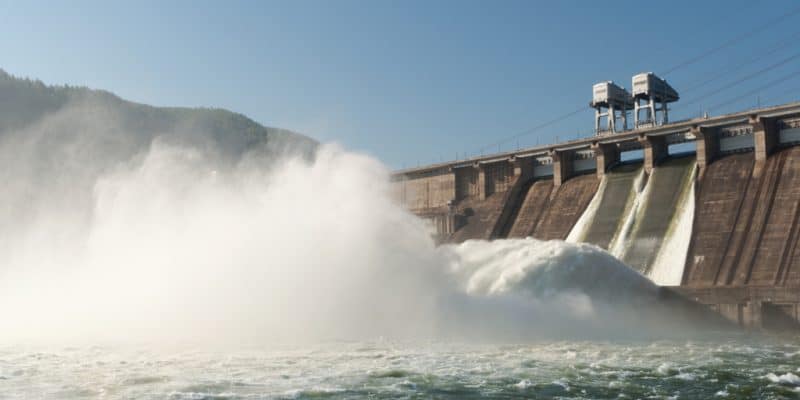 The Chinese and Spanish companies chosen by the Congolese RD authorities finally agreed to form a consortium for the development of the Inga III hydroelectric project. In the wake of this agreement, South Africa has renewed interest in this mega hydroelectric project which will produce 11,050 MW.

The agreement marks a new step towards the implementation of the Inga III hydropower project in the Democratic Republic of Congo (DRC). The companies selected by the authorities for the construction of the future large dam have finally agreed to form a consortium. The consortium is composed of six Chinese companies gathered around China Three Gorges Corp, as well as AEE Power Holdings, based in Madrid, Spain.

Negotiations on the formation of a consortium were made difficult by the withdrawal of the Spanish group Actividades de Construcción y Servicios (ACS). The company that had been selected at the same time as the Chinese companies and its compatriot has still not given reasons for its departure, although indiscretions point to disagreements over the distribution of shares in the Inga III hydroelectric project.

According to the new agreement, the 6 Chinese companies in the consortium have a 75% stake. The Spanish company AEE Power Holdings has a 25% share. AEE Power Holdings will retain this shareholding in the future special purpose vehicle that will certainly be set up with the approval of the Congolese DR government to develop Inga III. This future company will also ensure the financial mobilisation for the realisation of this project which will require an investment of 14 billion dollars; construction costs that are higher than the DRC budget for 2020, i.e. 11 billion dollars.

If Bruno Kapandji, the director of the Congolese Agency for the Development and Promotion of the Grand Inga Project (ADPI) notes the progress of the project despite the health crisis caused by the Covid-19, there are still some grey areas, particularly with regard to its development. The Congolese RD President Félix Antoine Tshisekedi Tshilombo now wishes to implement the project in several phases, the first of which will lead to the construction of a 4,800 MW hydroelectric power station. An option supported by the African Development Bank (AfDB), but which had been rejected by Chinese companies on the grounds that the proposal of the Congolese RD chief executive “was not economically viable”.

Whatever the case may be, there have been significant progress on the South African front. The Rainbow Nation is the main partner in the Inga III mega hydroelectric project. Pretoria wants to import electricity from the future plant to boost its national power grid. In recent years the country has been less enthusiastic about the project, opening the door for Angola to acquire 5,000 MW from Inga III.

South Africa is once again interested in the project through the creation of the Inga Unit. Placed under the authority of South African President Matamela Cyril Ramaphosa, the new office will deal with Inga III issues. Inga Unit should thus work with the Agency for the Development and Promotion of the Grand Inga Project (ADPI). South Africa’s renewed interest and Angola’s proposal should push stakeholders to accelerate the implementation of the Inga III hydroelectric mega-project.