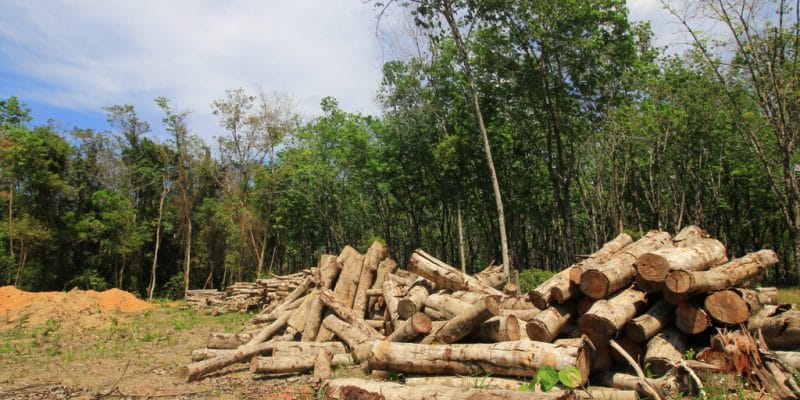 The government of the Democratic Republic of Congo (DRC) has just launched a campaign to combat deforestation. One of the alternatives it proposes is butanisation (domestic use of gas).

The Democratic Republic of Congo (DRC) has been the scene of increased deforestation for several years. In its April 2019 report, Global Forest Watch (a forest monitoring platform, editor’s note) points out that the DRC is considered the second-largest deforestation front in the world. In 15 years, the country has lost 6% of its forest cover. The main causes of this phenomenon range from slash-and-burn agriculture to the use of firewood and charcoal.

It is based on this observation that the Minister of the Environment and Sustainable Development, Claude Nyamugabo Bazibuhe, launched the campaign against deforestation in Kinshasa on March 19, 2020. The capital of the DRC is the only city in Central Africa that leads the way in the use of charcoal. “The total production of firewood has exceeded 80 million cubic metres. These are alarming figures that require considerable efforts,” says Claude Nyamugabo, the DRC’s Minister for the Environment and Sustainable Development.

One of the solutions that the DRC government is advocating is butanisation (the domestic use of gas).

SoGaz, a subsidiary of the Congolese refinery industries company (Socir) has been chosen to support the government in the implementation of the campaign against deforestation in the DRC. During the launch of the campaign, the company distributed a few bottles of household gas to mothers in the city of Kinshasa. Other kits will be sold at promotional prices. Objective: to significantly reduce human pressure on forest resources in the DRC. “Domestic gas allows you to cook safely and quickly, without polluting the environment or harming the health of users,” explains Claude Nyamugabo. “The use of domestic gas also makes it possible to support the production of renewable energies that do not emit carbon dioxide, which is considered to be one of the greenhouse gases”.

As part of this campaign, the government is also promoting, among other things, the use of liquefied petroleum gas by households and other users of cooking fires. The first stage of this project is entirely financed by the DR-Congolese government to the tune of more than €1.8 million (approximately 3.5 billion Congolese francs). It will cover five provinces of the DRC; namely Kinshasa, Kongo Central, Kwilu, Mai Ndombe and Kwango.