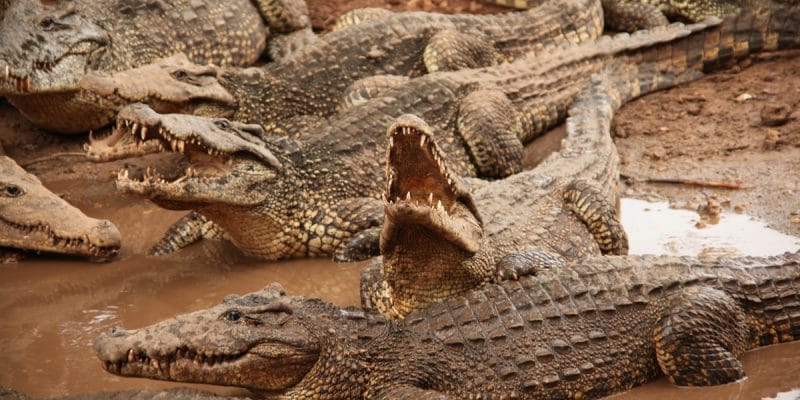 The verdicts fell on January 12th, 2022. The criminal court of Brussels sentenced three people for having imported from the Democratic Republic of Congo (DRC), parts of animals from protected species. The sentences are up to 8 months in prison, with fines of up to 8,000 euros.

Belgium will no longer tolerate the import of wildlife products on its territory. This was the signal given on Wednesday, January 12th, 2022, by a series of sentences handed down by the Brussels Criminal Court. Three people whose names were not revealed, received sentences of up to 8 months in prison and fines of up to 8,000 euros for having imported from the Democratic Republic of Congo (DRC), crocodile and chimpanzee meat as well as boa constrictor skin, wild species threatened with extinction.

Among those convicted was a man who had imported three kilos of crocodile meat. He received the heaviest sentence, eight months in prison and a fine of 8,000 euros. The other three defendants were sentenced to up to six months for importing parts such as turtle carcasses from Ethiopia, and boa constrictor skin from Colombia. The sentences were handed down under the provisions of the Convention on International Trade in Endangered Species of Wild Fauna and Flora (CITES). “This convention is not only aimed at live animals that are traded, but also at all kinds of by-products, such as ivory, dried seahorse key rings, crocodile or snake leather handbags (…) Failure to comply with this legislation constitutes a real threat to biodiversity and is therefore severely punished,” explains Hal-Vilvoorde public prosecutor’s spokeswoman Carol Vercarre.

According to the U.S. State Department, the DRC is a major center for trafficking in wildlife and wildlife products from Africa to Asia and the Middle East. Among the measures employed to curb this illegal trafficking, the U.S. has decided to stop granting visas to eight DRC nationals accused of trafficking in protected wildlife and timber. “This visa restriction policy is intended to further disrupt the movements and activities of transnational criminal organizations involved in wildlife and timber trafficking by making it more difficult to smuggle,” said a U.S. State Department statement, issued on December 14, 2021.

The DRC is home to a variety of iconic species on its soil, such as the critically endangered eastern gorilla, bonobos, elephants targeted for their horns, chimpanzees and the okapi. In September 2018, former President Joseph Kabila burned two stocks of ivory, consisting of elephant horns and bracelets, from poaching, to demonstrate the authorities’ commitment to preserving the DRC’s vast natural resources.