Homepage » DRC: a campaign against the consumption of wildlife in Kinshasa

DRC: a campaign against the consumption of wildlife in Kinshasa 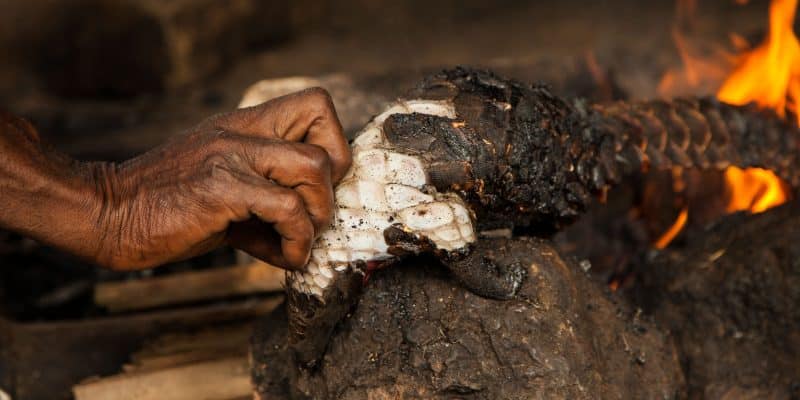 The second phase of the "Celebrate Congolese cuisine without bushmeat-Yoka Pimbo!" campaign has been launched in Kinshasa. The initiative of the DR Congo Ministry of Environment and Sustainable Development and its partners, including the Wildlife Conservation Society (WCS), aims to reduce the slaughter of wild animals for meat in a city like Kinshasa, which has a population of around 15 million.

Wildlife hunting is accelerating at an alarming rate in Central Africa. According to experts from the Wildlife Conservation Society (WCS), more than six million tonnes of bushmeat are extracted from the forests of the Congo Basin every year. This level of harvesting of wild animals for their meat, known locally as ‘bushmeat’, is ‘unsustainable’, especially as it is driven by demand and profit. At this rate, conservationists fear the destruction of many of the region’s fragile ecosystems and the collapse of local animal populations.

In the Democratic Republic of Congo (DRC), the authorities have decided to respond to this problem, which is draining the forests. To this end, the Ministry of the Environment and Sustainable Development, in collaboration with a coalition of local organisations in Kinshasa, including the Wildlife Conservation Society (WCS), launched the second phase of the “Celebrate Congolese cuisine without bushmeat – Yoka Pimbo” campaign on 27 December 2022 in the DRC capital. “This campaign is also a prelude to the reform process relating to the sustainable management of wildlife, which will be launched shortly,” announced Benjamin Toirambe Bamoninga, Secretary General for the Environment and Sustainable Development.

After the first phase of this campaign launched in March 2021, the second phase is distinguished by, among other things, the broadcasting of a video clip of the campaign song entitled “Yoka-pimbo!”, officially released on 27 December 2022. Another activity consists of visiting the campaign’s Facebook page to submit recipes for Congolese cuisine without bushmeat. The authors of the best recipes will be rewarded with various prizes, including gas plates, coasters, coasters, aprons and bags with the Yoka-Pimbo logo.

This second phase of the Yoka-Pimbo campaign is part of the Kibra project (Kinshasa-Brazzaville). This is a coalition of authorities from the DRC and the Republic of Congo set up in 2019, whose action is aimed at reducing the consumption of bushmeat in urban areas and more particularly in Kinshasa, the capital of the DRC, whose population is currently estimated at more than 15 million inhabitants.