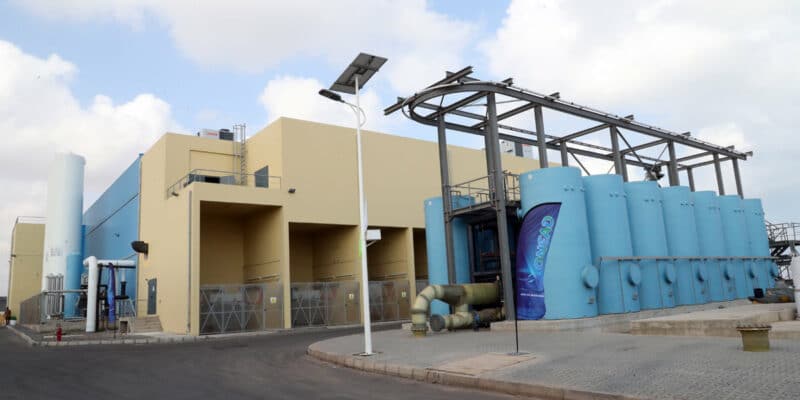 Djibouti has a seawater desalination plant. The facility, located in Doraleh, was built by the French group Eiffage, via its subsidiary Eiffage genie civil, in partnership with Tedagua, a Spanish company specialising in water treatment and a subsidiary of the Cobra group. The plant will improve the supply of drinking water in this country in the Horn of Africa, which faces persistent water stress.

The seawater desalination plant was inaugurated on March 14th, 2021 by Djibouti’s president, Ismaïl Omar Guelleh. The plant was built in Doraleh by Eiffage génie civil, a subsidiary of the French group Eiffage, in partnership with Tedagua, a company specialising in water treatment and a subsidiary of the Spanish group Cobra. The plant is powered by a nearby wind farm. It is one of the few wind-powered water treatment plants in Africa. The same process will be used for the Chtouka desalination plant in Morocco. 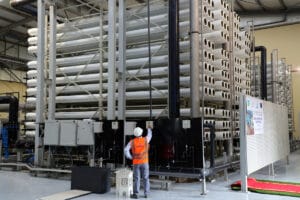 The Doraleh reverse osmosis plant has a treatment capacity of 22,500 m3 of water per day. This will make it possible to serve up to 250,000 Djiboutians. The authorities of this East African country plan to extend the capacity of the desalination plant to 45,000 m3 per day after the full completion of the Peper project (Production of drinking water by renewable energy) launched in 2017. The plant will eventually supply 500,000 people in Djibouti. As part of the project, Eiffage and Tedagua built a 5,000 m3 control reservoir and laid 8.5 km of 700 mm diameter pipes, which connect the plant to the drinking water distribution network of the town of Doraleh. The two companies will operate the facilities for five years.

The work on the Peper project is co-financed by the European Union (EU) to the tune of €73 million and by the Djibouti government to the tune of €5.5 million. Through this project, the Horn of Africa country is embarking on the development of non-conventional water resources, a necessity in a context marked by persistent water stress in the sub-region, in northern and southern Africa. Djibouti has also decided to make use of the wastewater treated in its Douda wastewater treatment plant.