Homepage » CSR: the commitment of companies to the achievement of the SDGs in Africa
This article is part of the dossier
AFRICA: CSR, NOW AT THE HEART OF SUSTAINABLE DEVELOPMENT

CSR: the commitment of companies to the achievement of the SDGs in Africa 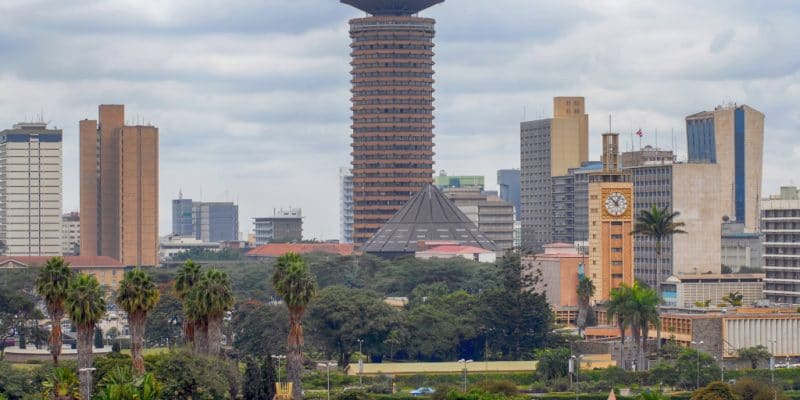 From 7th, to 8th, July 2021, the "Corporate Social Responsibility Summit" was held online and in person in Abidjan, Dakar, Kinshasa, Libreville, Lomé, Ouagadougou and Paris. It was organised by the Affectio Mutandi agency with the support of several international financial institutions, international, regional and sub-regional organisations, as well as companies operating on the African continent. The organisers' declared objective is to place social responsibility, inclusion, the social and solidarity economy, socially responsible investment, impact and the Sustainable Development Goals (SDGs) at the heart of the new relationship between Africa, France and Europe.

For many observers, African countries must take advantage of the post-Covid-19 recovery to move towards more sustainable growth. Corporate social responsibility (CSR) can contribute to sustainable development on this continent of 1.3 billion people. To promote this approach, the Affectio Mutandi consultancy decided to organise the “Corporate Social Responsibility Summit”, focusing on the social and solidarity economy, as well as the Sustainable Development Goals (SDGs) set by the United Nations (UN) for 2030. It is an opportunity for many major economic players to reaffirm their commitments.

The event, which aims to strengthen the links between France, Europe and Africa, saw the participation of several investors, including development banks, investment companies, international, regional and sub-regional organisations, as well as companies with assets on the African continent. Africa is the least industrialised continent in the world and has very low greenhouse gas emissions. But it is suffering the most from the effects of climate change. This can be seen in the increased occurrence of droughts, particularly in East Africa, or in the disruption of the rain cycle in West and Central Africa. Climate change also manifests itself in the form of rising sea levels which cause coastal erosion, mainly in West Africa.

In the opinion of many experts, the role of companies is decisive for the successful industrialisation of the continent and for sustainable development, through the preservation of available natural resources, the adoption of ecological mobility and the consumption of electricity produced from renewable sources. The French telecommunications group Orange is banking on solar power to supply its network towers in sub-Saharan Africa. This solution not only saves money on its electricity bills, but also reduces the use of diesel for the operation of its telephone towers. Orange’s initiative is part of a more global movement marked by the democratisation of solar energy use in Africa.

CSR, which is now becoming an increasingly important part of corporate expansion strategies, is built around three major pillars: environmental, social and economic. This policy, which aims at a more sustainable development, also integrates the duty of companies towards their stakeholders, in particular employees or customers. “There can be no effort on the climate if there is no strengthening of social cohesion. We make all the more effort on the major global environmental issues, as we each bear a share of the global responsibility. The economic development, including the industrial development of Africa, which lies ahead of us, must be based on much improved social frameworks. These developing companies must be places where new standards are created for African workers, where social democracy is tested, and a key place for equality between men and women,” explains Ronan Dantec, President of the organisation Climat Chance.

Importance of CSR in achieving the SDGs

For environmentalists, the inclusion of CSR in the growth of companies should make a significant contribution to achieving the seventeen Sustainable Development Goals (SDGs) set by the United Nations (UN) for 2030. African countries, which place the SDGs at the heart of their development policies, are faced with rapid urbanisation, internal and external migration, an extroverted economy and the effects of climate change. “Achieving the MDGs in Africa requires innovative planning approaches and effective global coordination, as envisaged in Agenda 2063, which structures all the actions that should lead Africa towards sustainable emergence,” explains Abdoulaye Sene, Administrative Secretary of the Dakar 2022 World Water Forum.

Goal 7 is no less important. It calls for the use of reliable, sustainable and affordable energy. This is making good progress in Africa, especially south of the Sahara, where companies are building large, clean, grid-connected power plants for cities. Rural areas are increasingly dependent on decentralised solutions provided by players such as Engie Energy Access, Bboxx and Baobab+.

CSR and the strengthening of the social and solidarity economy

Togo now serves as a model for the implementation of the social and solidarity economy, which promotes the SDGs and encourages the adoption of CSR policies. The government of this West African country has implemented the concept of “grassroots development”. This branch of the economy includes companies and organisations (cooperatives, associations, mutual societies or foundations) that seek to reconcile economic activity with social equity. According to Myriam Dossou d’Almeida, Togo’s Minister for Grassroots Development, Youth and Youth Employment, this is an innovative process for her country that symbolises social inclusion.

“Togo made the choice of inclusion very early on, based on the principle of equity and responsibility in the implementation of strategies to reduce inequalities. Inclusion is financial, social, economic, political and even geographical. The programmes that the Togolese Ministry of Grassroots Development, Youth and Youth Employment is deploying on the ground offer companies, organisations and technical and financial partners opportunities to implement their CSR, with a guaranteed impact on the population,” explained Minister Myriam Dossou d’Almeida at the Corporate Social Responsibility Summit.

The commitment of development finance institutions

The Summit on Corporate Social Responsibility was held in a context marked by the recognition of the environmental impact of companies, and more broadly on development projects. As a result, development finance institutions have an important role to play, particularly in their investments in Africa. On the continent, the European Bank for Reconstruction and Development (EBRD) has been funding more projects or initiatives aimed at renewable energy production and sustainable cities.

The London (UK) based bank is very active in Egypt in the very dynamic renewable energy sector, with investments in the construction of the Benban solar complex, a mosaic of solar photovoltaic plants (41) located in the governorate of Aswan. For Meridiam, a French company specialising in the development, financing and management of infrastructure projects, climate change resilience and sustainable cities must be at the heart of investors’ financing policies, with a necessary desire for mitigation. “At Meridiam, we have created a fund dedicated to urban resilience, to address this future topic (the sustainable city). First of all, we must mitigate the separation between the city and nature. The city must reconnect with its soil, with biodiversity… otherwise we will have unliveable cities, real islands of bottled heat and at the mercy of climate disasters,” explains Thierry Déau, the founder and CEO of Meridiam.

What about African legal frameworks?

Many African countries have changed their legislation to put their development on a sustainable path. This is the case in Gabon, which is focusing on the preservation of its biodiversity, particularly its forests, while at the same time committing the country to a process of economic development. In the Nkok special economic zone (Zec), designed as a lever for the country’s industrialisation, its manager, Arise Integrated Industrial Platforms (Arise IIP), has set up a due diligence system for the sustainable exploitation of wood from Gabonese forest concessions.

Read also- GABON: the TraCer project ensures the sustainable management of wood in the Nkok SEZ

In Togo, which is a good student and where the government is focusing on sustainability, it has just inaugurated the Plateforme industrielle d’Adétikopé (PIA). To support this sustainable development policy, the manager Arise IIP wants to equip the PIA with a 390 MWp solar power plant, with a 200 MWh electricity storage system.

More generally, the Organisation for the Harmonisation of Business Law in Africa (Ohada) has been campaigning for several years for the harmonisation of African legislation on CSR and more broadly on sustainable development. “The common commitment today would be to move towards a common legislation for the 17 member states of Ohada (Benin, Burkina Faso, Cameroon, Comoros, Congo, Democratic Republic of Congo [DRC], Ivory Coast, Gabon, Guinea, Guinea Bissau, Equatorial Guinea, Mali, Niger, Central African Republic, Senegal, Chad, Togo), which will be able to determine the principles of public order in terms of CSR, and which will oblige companies to respect the regulations thanks to the intervention of local courts in the event of non-compliance with the standards in force. This is the priority commitment and we are working on it. It is urgent for us to be able to focus on the green economy,” says Boubacar Sidiki Diarrah, Ohada’s director of legal affairs, documentation and communication.