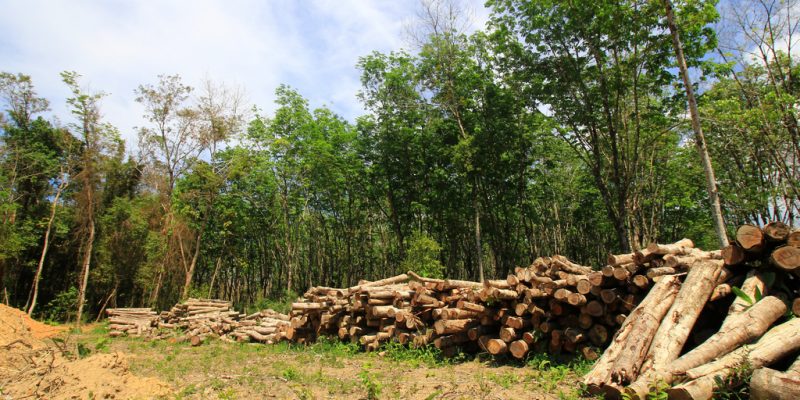 The forests of Côte d'Ivoire could soon be looking good. An agreement has recently been signed between the agro-industrial group Sifca and the Ministry of Water and Forests for the rehabilitation and preservation of the forest cover of Côte d'Ivoire.

A new partnership has come about between the agro-industrial group Sifca, which specializes in oil palm, cane sugar and natural rubber, and the Ministry of Water and Forests of Côte d’Ivoire. The agreement, signed on June 21, 2020 between the two parties, aims to rehabilitate and preserve the country’s forests.

The collaboration between Sifca, a private company and the Ministry of Water and Forests is planned to last 5 years. During this period, several projects will be carried out to protect, restore and conserve the country’s forests, as well as forests located in the agro-industrial group’s intervention zones. The aim is to combat the degradation of biodiversity for the rational management of natural resources in Côte d’Ivoire.

Reforestation to restore the forest cover

Among the projects that will be implemented under this new agreement is reforestation. Sifca and the Ministry of Water and Forestry of Côte d’Ivoire plan to plant trees in all primary schools set up by the agro-industrial group in the country, on an area of 5 hectares per school. The project is called “one school, 5 hectares of forest”. Trees will also be planted on other Sifca reforestation areas in the country.

The partnership will also take into account the exploitation of forests, set up by the agro-industrial group, the production of forest plants, as well as the management of natural forest areas on the different sites of the company.

The Sifca group and its subsidiaries plan to support the Ministry of Water and Forests in its ambitious nationwide reforestation project, with a contribution of 25 million CFA francs (38,112 euros).

To meet the challenge of restoring forest cover, a change in mentality is needed. To this end, Sifca and the Ivorian Ministry of Water and Forests also aim to set up an awareness programme. The targets will be local communities and schoolchildren. The latter will receive environmental education on forest protection, agroforestry practices, etc. The populations will also participate in any activity aimed at improving the environment in Côte d’Ivoire.

Côte d’Ivoire’s forest cover, once estimated at 16 million hectares in the 1900s, has now been reduced to around 2.5 million hectares. There are several reasons for this disappearance and/or reduction of the forest.

According to geographer Traoré Kassoum of the University Péléforo Gon Coulibaly of Korhogo (UPGC) in Côte d’Ivoire, the disappearance of trees is mainly due to deforestation “to create huge plantations of cash crops such as coffee, cocoa, oil palm, rubber, pineapple, and other tropical fruits for export”. According to the researcher’s study entitled “Forest cover in Côte d’Ivoire: a critical analysis of the situation of forest management (classified forests, parks and reserves)”, the development of agriculture in the country has long been characterized by a rapid rate of deforestation and has had repercussions on forest cover, which is now estimated at 7.8% of the total area of Côte d’Ivoire.

Apart from deforestation, Traoré Kassoum points to population growth as an important factor in the loss of Côte d’Ivoire’s forests. This rapid population growth, with an average annual growth rate of 2.55%, is one of the highest in Africa.