COTE D’IVOIRE: Neighbourhoods in Tiassalé to be solar powered soon 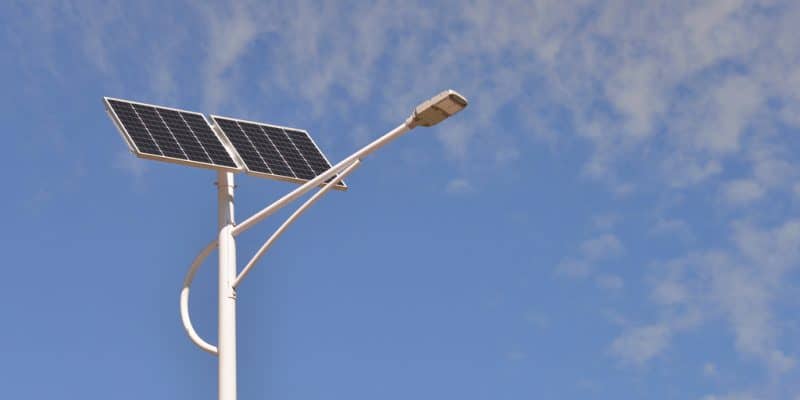 The mayor of the Tiassalé township, Antoine Tiémoko Assalé, recently launched the pilot phase of the project to provide solar-powered lighting in the neighbourhoods of the municipality. The initiative is mainly aimed at improving access to electricity in this town near Abidjan, the economic capital of Côte d'Ivoire.

Ecological lighting systems will soon be installed in all the neighbourhoods of Tiassalé, a township located north of Abidjan, the economic capital of Côte d’Ivoire. The mayor of this municipality, Antoine Tiémoko Assalé, launched on April 9, 2020 the pilot phase of the lighting project for the poorly lit neighbourhoods and roads of Tiassalé. “This project was initiated for two reasons: to alleviate, thanks to solar energy, the problem of low voltage observed in the town of Tiassalé for some time and to fight against urban insecurity. After this project, we will install about thirty infrared cameras to monitor the different neighbourhoods,” explains Antoine Tiémoko Assalé, the mayor of the commune of Tiassalé.

All the street lamps that will be installed in the streets of Tiassalé will have a capacity of 200 kWp. The street leading to the ABC cinema in Tiassalé is the first to benefit from this new project.

The street leading to the ABC Cinema is the first street in Tiassalé to benefit from the solar lighting project. It is now lit by about ten solar powered electricity poles. “While waiting for the complete execution of the lighting project for the districts and poorly lit roads of Tiassalé, this street will be a symbol of the end of urban disorder and the rebirth of the town”, says Antoine Tiémoko Assalé.

The street of the ABC cinema in Tiassalé is located in the commercial district. It had remained closed for about twenty years because of a wall built by private individuals.