Homepage » COTE D’IVOIRE: Building up a force to combat deforestation

COTE D’IVOIRE: Building up a force to combat deforestation 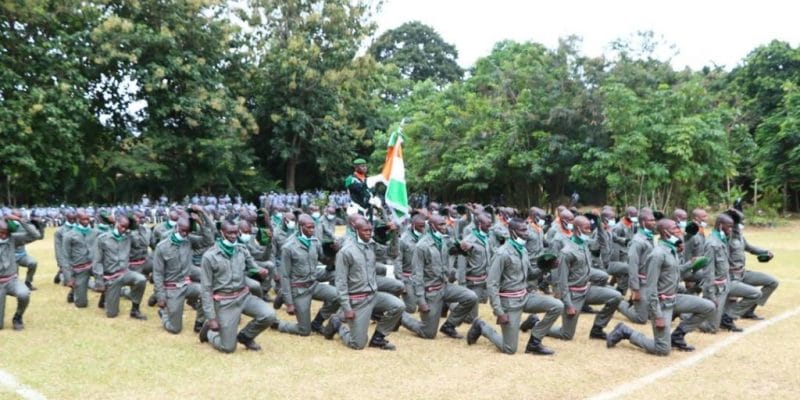 The government in Côte d'Ivoire has recently sent the first batch of officers and non-commissioned officers of the Special Surveillance and Intervention Brigade (BSSI) to the field. The role of the 650 men is to combat deforestation.

Côte d’Ivoire intends to conserve, or better still, restore its forest cover. To this end, on August 6, 2020, the government of this West African country sent a “green army” on the ground to fight against deforestation. It is the first class of the Special Surveillance and Intervention Brigade (BSSI). It is made up of 650 commando officers and non-commissioned officers.

According to Alain-Richard Donwahi, Minister of Water and Forests of Côte d’Ivoire, it is a first in the history of Côte d’Ivoire. He also said that “this green force is special” because it will make it possible to combat all forms of crime related to the forest, wildlife and water resources in a country that has lost 90% of its forests in 60 years.

The officers and commando NCOs of the BSSI received almost two years of training. The “green force” is currently composed of two jungle commando companies, an intelligence company, a forest company, a wildlife company and a water company.

By setting up this “green army” in Côte d’Ivoire, the government also wants to ensure the implementation of its new forest policy, which aims to “increase the country’s forest area by 3 million hectares by 2030”. It is within this framework that the Ministry of Water and Forests of Côte d’Ivoire launched a reforestation project called “1 day, 5 million trees” on 3 August 2020, in partnership with the African rubber plantation company of Côte d’Ivoire (SAPH), a subsidiary of the International Society of Rubber Plantations (SIPH).