Homepage » COP27: SUEZ, historic partner of Egypt in its ecological transition
This article is part of the dossier
COP27: WHAT ARE THE CHALLENGES FOR AFRICA AT A TIME OF CONCRETE SOLUTIONS 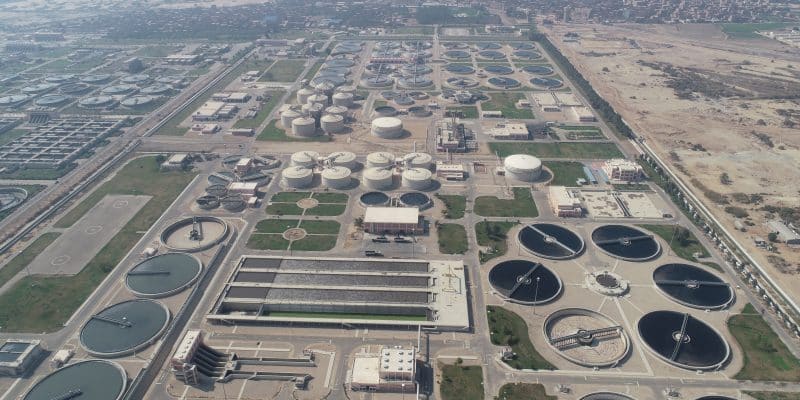 In Sharm el-Sheikh, the Egyptian Presidency is organizing a day dedicated to solutions on 17 November 2022, bringing together government representatives, companies and civil society actors to share their experiences and best practices. This is an opportunity for Afrik21's editorial staff to take stock of SUEZ's activities in Egypt, its historical cradle where the Group has been deploying its most innovative solutions since 1953 to help the Arab giant face the threat of unprecedented water stress.

The host country of COP27 is one of the countries most affected by the effects of climate change. The challenges are not new for the country of the Pharaohs, which has both water stress and high population density. But water resources have been becoming drastically scarcer in recent years due to several factors, the most persistent of which is drought. And according to UN forecasts, the country will have 160 million inhabitants in 2050, compared to 109 million today. In this context, SUEZ supports the Egyptian government in its efforts to mitigate the effects of climate change. This commitment has been ongoing since 1953, first through the construction of drinking water production plants, and since the 2000s through the deployment of other solutions such as wastewater treatment and reuse.

The SUEZ group has been actually present in Egypt since 1870 with the construction of the Suez Canal, and it was in 1953 that it began its activities there with the construction of drinking water production stations, the first of which was in Sherbine in the Nile Delta. The water giant is thus contributing to the significant improvement in the country’s drinking water supply rate. “The current rate of access to drinking water is quite good, it is over 90%,” says Jean-Yves Gadras, the General Manager of SUEZ in Egypt. However, water resources are one of the challenges of the Egyptian economy, which depends on the Nile for 70% of its supply. According to the FAO, the country is expected to reach the threshold of absolute water stress by 2030.

“But the 100% rate is difficult to achieve,” he says, “because as population is growing so rapidly that the needs require continuous investment and innovation. It is in response to these challenges – population growth and the acceleration of pollution and drought – that SUEZ’s role in Egypt has evolved, particularly with regard to wastewater treatment. Efficient wastewater treatment is the first step to wastewater reuse, the key to the circular economy in the water sector.

Egypt is one of the pioneers in wastewater treatment, with numerous wastewater treatment plants in operation or under construction. The country of the Pharaohs owes this particularity to its policy of preserving water resources. The French group is supporting this policy by deploying solutions that allow water to be reused in agriculture, but also to produce biogas and electricity, with green energy at the end of the chain allowing partial autonomy of its plants.

SUEZ has equipped Egypt with several water treatment plants, such as the Gabal El Asfar plant on the east bank of the Nile, a site that the Group has partially operated since 2005 and whose total treatment capacity is 2.5 million m3 per day. At this plant in Cairo, the treated water is discharged into a drain that joins an irrigation canal a little further north and some of the water is used to irrigate a 400-acre park of fruit trees.

Another plant built and operated by SUEZ since 2013 is the East Alexandria plant with a capacity of 800,000 m3 per day. The particularity of these two plants is that they have complementary units for the treatment of sewage sludge, thus generating electricity, allowing for energy autonomy of up to 70%.

Last September, SUEZ announced the start-up of the sludge digestion line at the Alexandria East plant. The bio-digestion of sludge from the Alexandria East plant will allow the production of biogas, the combustion of which will produce 6 MWh per year, while the Gabal El Asfar plant will produce 56,000 MWh per year. According to SUEZ, these capacities should cover half of the needs of the Alexandria East wastewater treatment plant and increase the energy self-sufficiency of the Gabal El Asfar plant from 55% to more than 65%, thus reducing the use of fossil fuels and its carbon footprint.

The desalination of sea water is one of the major axes of the Egyptian government’s policy to deal with the decrease in water resources linked to global warming but also to the presence of the Ethiopian Great Renaissance Dam (GERD) built on the Blue Nile, the Nile’s main tributary.  The ambition is to equip the governorates of Matrouh, Red Sea, North and South Sinai, Ismailiyah and Suez with 67 seawater desalination plants by 2050.

“Population growth is forcing the country to create new cities such as the New Administrative Capital (NAC) which will accommodate 6.5 million people in at least 21 residential areas. Some of these cities are no longer necessarily next to the main resource (the Nile), but to secondary resources (the Red Sea, the Mediterranean Sea). This launches the reflection on the development of desalination stations” analyses Jean-Yves Gadras. Desalination is a know-how that SUEZ masters, and the Group would like to invest in this market in Egypt in the years to come.

Other areas of ecological transition in Egypt

As regards water treatment, SUEZ’s prospects in Egypt are to continue the construction and operation of dedicated plants. “We hope to have other contracts of this type in the country. We are in a partnership approach and transferring know-how with our Egyptian teams,” emphasizes Jean-Yves Gadras. 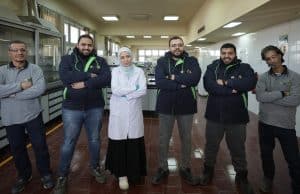 SUEZ is also specialized in waste management. Although this market is for the moment relatively closed to private companies in Egypt, the group is closely monitoring this emerging sector. Other issues are being considered in Greater Cairo, such as air quality and climate change. This is a new opportunity for the SUEZ group to put the passion and commitment of its teams at the service of the Cop27 host country to provide access to water and waste services with resilient and innovative solutions.

Article written in partnership with SUEZ