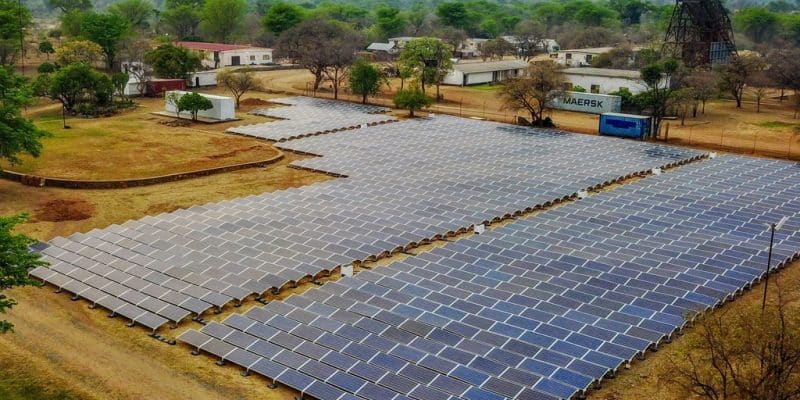 Africa faces an enormous energy challenge. In Sharm-el-Sheikh, where the 27th United Nations Climate Change Conference (COP27) is being held until Friday, November 18th, the COP27 is organizing, on November 15th a special day dedicated to energy. AFRIK21’s editors analyze the importance of energy in Africa’s industrialization process and show how Africa’s vast renewable resource as well as the increased deployment of renewable energy and digital technologies can build a different energy path.

[PARTNER ARTICLE] While Africa has contributed negligibly to the changing climate, with just about 4% percent of global greenhouse gas (GHG) emissions, it is the most affected continent. At the same time, Africa is facing an energy deficit that is hampering its economic development.  Currently, 43% of the continent’s total population lacks electricity. While North Africa (Egypt, Morocco and Tunisia) has an electrification rate of 100% according to the latest World Bank “Energy Progress Report”, the rest of Africa is lagging behind. This is the case in Burkina Faso (19%), Burundi and Chad (11%). These rates of access to electricity are even lower in rural areas, particularly in West Africa, where the national electricity networks serve only 8% of the population on average. The electrification of Africa and the energy issue are therefore key to its success, whether economic, social or geopolitical.

It is in this context, the Egyptian Presidency of COP27 is dedicating on November 15th a special day  to energy, with the aim of “addressing all aspects of energy and climate change, including renewable energy and energy transformation”.

Indeed, while the heads of state and government are debating the current energy crisis at COP27, and African leaders are tempted to juggle between political calls to reduce greenhouse gas emissions and the right to release CO2 (as Macky Sall, President of Senegal, mentioned in September 2022 at the UN General Assembly), it is now clear that renewable energy is a way for Africa to build a different energy path.

In June 2022, the International Energy Agency (IEA) published its outlook for the continent and highlighted the enormous potential of renewable energy for the continent. As an example, Africa has 60% of the world’s best solar resources, but only 1% of solar generation capacity. If we add wind, dams and geothermal to solar, renewable energy could represent 80% of installed electricity capacity by 2030.

Financial investments are of course essential for exploiting this potential. The IEA points out that of the 434 billion dollars invested in renewables across the planet, only 2.6 billion have been invested in Africa for all types of solar, wind and geothermal renewables, i.e. 0.6% of the world total.

Digital innovation in the energy industry

Huawei, the world leader in technology is taking part in COP27. Convinced that the use of green energy will improve the access to essential services in Africa, Huawei has developed innovative solutions in several countries.

In Cameroon, for example, Huawei implemented a project entitled “Rural Solar Power” between 2014 and 2021 in partnership with the Cameroonian Ministry of Water and Energy. This project focused on setting up mini-electricity networks equipped with small solar photovoltaic power plants with capacities ranging from 30 kWp to 300 kWp. Huawei contributed to the project with its Maximum Power Point Tracker (MPPT) technology, a solution which combines high-efficiency solar inverters and innovative charge and discharge management technologies.

These off-grid solar power plants are also equipped with electricity storage systems using battery technology that can withstand the high temperatures experienced in some of the project’s localities in Cameroon.

With these technologies, the overall energy production capacity of an off-grid solar system is 3% higher than with other solutions. In total, the initiative has already enabled the electrification of 350 villages and more than 40,000 households.

The Rural Solar Power project is part of Huawei’s global eco-friendly approach, particularly on the African continent. This strategy has also led Huawei Digital Power Technologies, Huawei’s subsidiary, to sign a partnership with the energy company Meinergy, for Ghana. The agreement, announced in early 2022, mainly concerns the construction of a 1,000 MW solar power plant. As part of the partnership, Huawei Digital Power will provide a complete intelligent energy storage and photovoltaic (ESS) system solution. The two companies plan to “continue their cooperation in the development of PV and ESS power plants, data centers, eLTE and public cloud to build a greener Africa”.

With the implementation of its cutting-edge technologies, Huawei is contributing to the digital transformation of the continent, now unanimously considered as a major lever to achieve the 17 United Nations (UN) Sustainable Development Goals (SDGs) by 2030 – and in particular, SDG7, which calls for universal access to clean and affordable energy.

Achieving the SDGs should ultimately enable Africa to make progress on its climate goals. And the role of the private sector is crucial alongside policymakers. These private companies and other organizations will present their solutions for GHG emission reductions, adaptation and resilience to climate change on November 17th, during the Solutions Day at COP27.

Article produced in partnership with Huawei