Homepage » COP27: Comifac demands the funding promised for its forests at COP26 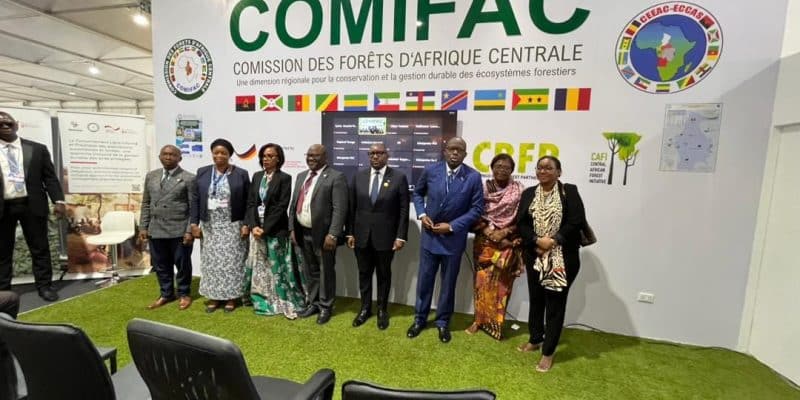 At the recently concluded 27th United Nations Climate Change Conference (COP27) in Egypt, the Central African Forest Commission (COMIFAC) took to the stage to denounce one of the unfulfilled promises of COP26. At the previous summit, donors committed to funding the protection and management of the Congo Basin forests to the tune of 1.5 billion dollars. This commitment is already insufficient. The countries of the sub-region are asking for $100 billion to preserve the forests of the Congo Basin.

The Central African Forest Commission (COMIFAC) was one of the outraged parties at the 27th United Nations Climate Change Conference (COP27), which was held from 6 to 20 November 2022 in Sharm El-Sheikh, Egypt. The organisation, which works for the conservation, sustainable and concerted management of forest ecosystems in Central Africa, has still not received the funds it was promised at COP26 in Glasgow, Great Britain, from 1 to 12 November 2021. “A year ago in Glasgow, Northern countries pledged $1.5 billion to support climate finance in the Congo Basin countries. Since then, we’ve had nothing but words and no concrete funding. It’s time to pay up, because Africa is suffering enormously from the impact of climate change,” says Cameroon’s Forestry Minister Jules Doret Ndongo, current president of COMIFAC.

The amount of 1.5 billion dollars, or more than 980 billion CFA francs, was intended for the development of indigenous peoples and local communities in their efforts to protect tropical forests. This amount is already insufficient in view of the climate emergency. Seasonal disruptions, flooding, drying up of water sources, advancing desert, etc. are some of the climatic phenomena that the populations of this part of the continent have been experiencing regularly in recent years.

A central role in maintaining the global climate balance

To preserve their tropical forests, the countries of Central Africa need much more than the 1.5 billion dollars promised at COP26. Meeting in the city of Kinshasa in the Democratic Republic of Congo (DRC) on 5 October 2022 ahead of COP27, the forest ministers of the Economic Community of Central African States (ECCAS) set a new financial target for the international community. This is a financial envelope of 100 billion dollars per year.

Read also-CENTRAL AFRICA: Comifac to advocate for its forests at COP 15

The need for climate financing could be justified by the contribution of the Congo Basin to maintaining the global climate balance. According to COMIFAC’s figures, the Congo Basin, which covers 11 Central African countries, has 24 million hectares of managed forests, including 5.3 million hectares certified according to responsible management standards. Its deforestation rate is estimated at less than 1%, making it one of the largest of the three tropical forest basins, with average greenhouse gas emissions of 530 million tonnes and average absorption of 1.1 billion tonnes of carbon.