Homepage » COP26: Togo needs $2.6 billion to reduce its emissions by 30% by 2030
This article is part of the dossier
COP26: AFRICA'S PLACE IN THE NEGOTIATIONS AT A TIME OF CLIMATE CHANGE 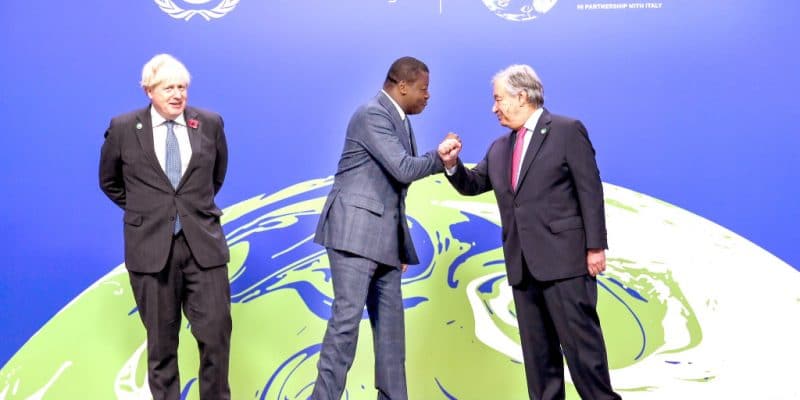 Togo has specific expectations for the 26th United Nations Conference of Parties on Climate Change (COP26), which opened on October 31st, 2021 in Glasgow, Scotland. The West African country needs $2.6 billion to reduce its greenhouse gas (GHG) emissions by 30.06% by 2030.

Like many African countries, Togo has aligned its development priorities with its climate commitments in line with the Paris Agreement, whose goal was to adapt the global response to the threat of climate change by holding the increase in global temperatures to minus 2 ͦ C above pre-industrial levels and to continue efforts to limit it to 1.5 ͦ C. While the country has been multiplying sustainable development projects since 2017, it is really in 2020 that the results begin to be visible.

By 2020, Togo has reduced its greenhouse gas (GHG) emissions by 27.57%, 10 points above the benchmark of 17.51%. The initiatives put in place range from the promotion of renewable energies through rural electrification projects based on individual solar kits, to the implementation of solar photovoltaic power plants connected to the grid, notably the 50 MWp plant in Blitta.

Togo wants to go further in its climate commitments over the next few years. This time, the country will need more funding. This is what justifies the presence of Togo’s president, Faure Gnassingbé, at the 26th United Nations Conference of Parties on Climate Change (COP26), which opened on 31 October 2021 in Glasgow, Scotland.

To achieve its new target of reducing its emissions to 30.06% by 2030, the country will need nearly 2.6 billion dollars. A funding that the Togolese government hopes to find from development partners present at this major meeting on climate. The funds will be divided between energy, waste management and sustainable mobility projects. “More than 300 mini-grids with a total capacity of 9 MW will be installed in Togo, as well as solar kits (85 MW) to electrify 555,000 households by 2030,” say Togolese authorities. The country’s climate plan also calls for the transition to electric mobility, i.e., 3% by 2025; as well as the sustainable management and elimination of hydrochlorofluorocarbons (HCFCs) through the construction of at least 100 green buildings. According to the United Nations Industrial Development Organization (UNIDO), HCFCs are chemical compounds used in the foam, refrigeration and air conditioning sectors that destroy the ozone layer and contribute to climate change.

Garbage collection and wastewater disposal is also one of the biggest challenges facing municipalities in Togo. Like agriculture, livestock and fossil fuels, waste is responsible for methane emissions. Another dangerous air pollutant, responsible for the formation of tropospheric ozone.