Homepage » COP26: South Africa receives an $8.5 billion check for its energy transition
This article is part of the dossier
COP26: AFRICA'S PLACE IN THE NEGOTIATIONS AT A TIME OF CLIMATE CHANGE 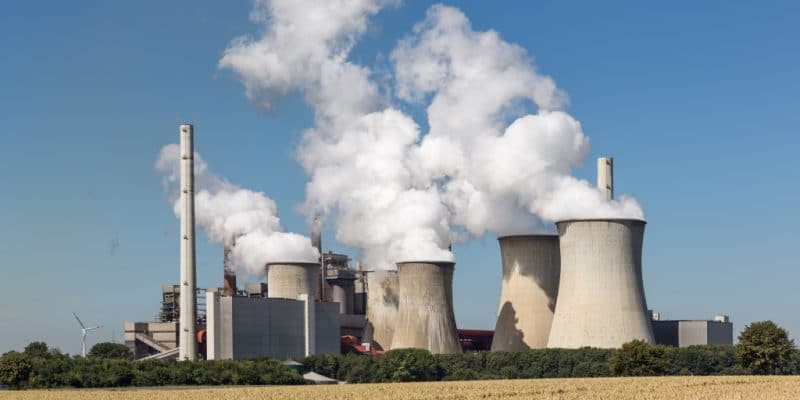 At COP26, development partners agreed to support the energy transition already underway in South Africa. This funding, amounting to 8.5 billion dollars, will enable the country to turn its back on coal, on which this southern African country relies heavily for the production of its electricity.

The harvest is good for South Africa, which is taking part in the 2021 Glasgow Conference on Climate Change (COP26). The biggest polluter on the African continent will receive $8.5 billion to finance its energy transition. The pledge is made by the United States of America, the European Union (EU), the United Kingdom, France and Germany. The objective is to allow South Africa to accelerate the closure of its coal-fired power plants, and to open new power plants, but with renewable energy.

The card agreement signed between these Western countries and South Africa provides for funds to be disbursed in the form of financial instruments including public grants, concessional loans and risk-sharing instruments to mobilize the private sector, over a period of three to five years. “This partnership is expected to avoid up to 1 to 1.5 billion tons of emissions over the next 20 years and help South Africa move away from coal and accelerate its transition to a low-emissions, climate-resilient economy,” the international funders said in a joint statement.

The first commitment comes from the Climate Investment Fund (CIF). This multilateral mechanism hosted by the World Bank indicates that it would contribute up to 500 million dollars to the objective of the Western countries in terms of energy transition in South Africa. These partners estimate that mobilizing $8.5 billion would attract an additional $5 billion to help South Africa move away from coal, on which the country relies for 90% of its energy needs.

Of the 58,095 MW of installed power capacity, 48,380 MW (or 80 per cent) is generated from coal-fired power plants, according to Power Africa. These thermal power plants are owned by the state-owned company Eskom, which also provides electricity transmission and distribution in Africa. In recent years, its grid capacity has been boosted by renewable energy produced under the Renewable Energy Independent Power Producer Procurement (REIPPP), designed to facilitate private sector investment.

At the same time, Eskom plans to reduce its coal-fired power generation capacity from 8,000 to 12,000 MW over the next 10 years. This represents 30% of its current installed capacity. The company will thus get rid of some of its aging coal-fired power plants.