Homepage » COP26: Opibus raises $7.5 million to deploy its electric vehicles in East Africa
This article is part of the dossier
COP26: AFRICA'S PLACE IN THE NEGOTIATIONS AT A TIME OF CLIMATE CHANGE 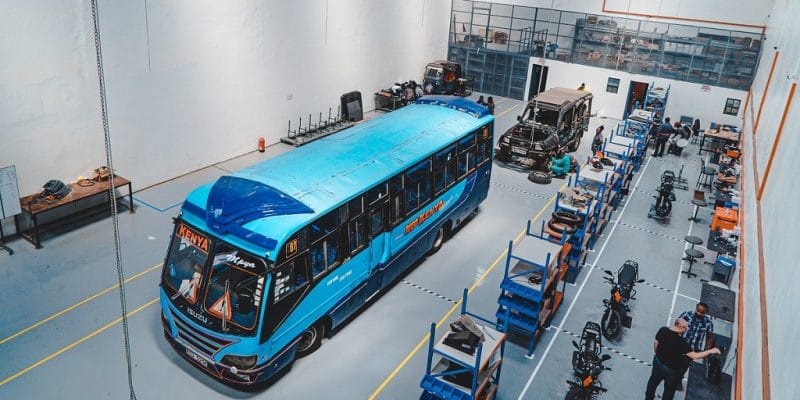 At COP26, Opibus is raising $7.5 million to strengthen its operations in East Africa. The startup assembles electric motorcycles and converts heavy combustion vehicles into electric cars in East Africa.

Good news for Opibus. The Stockholm, Sweden and Nairobi, Kenya-based startup is raising $7.5 million at COP26 in Glasgow, Scotland. The funding is structured with $5 million in equity and an additional $2.5 million in grants. The deal was led by At One Ventures, a Silicon Valley fund, backed by Factor[e] Ventures and Ambo Ventures, funds managed by former executives from Google and Uber, the self-driving car app.

With the funding, the 2017-founded company plans to begin production of its electric vehicles in 2022. The startup assembles electric motorcycles capable of replacing conventional (combustion) motorcycles, a mode of transportation that has become widely democratized in sub-Saharan Africa. The start-up also assembles fully electric all-terrain vehicles and converts conventional buses into fully electric cars. Its electric motorcycles are equipped with integrated batteries, a technology also developed by the American start-up Ampersand in Kigali, Rwanda.

To support the establishment of a complete ecosystem for electric mobility, Opibus also offers charging and energy solutions. According to the startup, the focus is on creating a sustainable ecosystem for mass transportation in Africa. “The targets and goals we have set for Opibus may seem bold, but it is a mission that has become more important than ever. We have a responsibility to future generations and the earth as a whole,” says Filip Gardler, Opibus’ CEO and co-founder.

The start-up already has customers in six African countries and plans to conquer other markets in the coming years. According to the company, Africa is one of the fastest growing transportation markets in the world, with a total potential of 10 billion dollars by 2030, still largely untapped.

AFRICA: Emerging Valley accelerates on biodiversity on 14 December in Marseille