Homepage » COP26: banks commit to increasing climate adaptation financing
This article is part of the dossier
COP26: AFRICA'S PLACE IN THE NEGOTIATIONS AT A TIME OF CLIMATE CHANGE 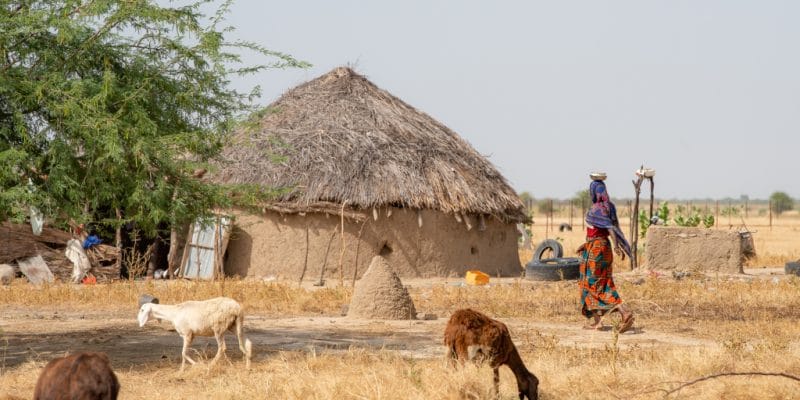 At COP26 in Glasgow, Scotland, several public development banks are making new commitments to finance climate change adaptation around the world. These financial institutions are united in the Adaptation & Resilience Investors Collaborative (Collaborative).

British investor CDC Group will make a major push for global climate change adaptation finance. The development finance institution, which is also hosting COP26, is committing £3 billion (over $4 billion) to climate finance over the next five years. CDC Group plans to build on this commitment with a £200 million (more than $271 million) Climate Innovation Facility announced by the UK government at COP26 Finance Day. This new facility will fund innovative climate solutions, including adaptation and resilience.

“The first beneficiary of this facility, the Kenya-based agritech company Pula, is an example of this. It will enable Pula to offer untested parametric pay-at-harvest insurance to smallholder farmers in several African countries to accelerate adoption,” the British financial institution announced.

In recent months, CDC Group has increased its investments in Africa, mainly in the private sector. The British investor focuses mainly on sustainable development projects, including renewable energy, electric mobility and environmentally responsible housing, in countries such as South Africa and Kenya.

Less active in Africa, Cassa Depositi e Prestiti (CDP), an agency of the Italian Ministry of Economy and Finance, is pledging $4 billion for climate change mitigation and adaptation. For its part, the French Development Agency (AFD), the financial arm of French diplomacy, is announcing 2 billion euros per year starting in 2021. As part of its climate commitment, the development bank is launching the second phase of its “AdaptAction” program with 15 million euros for 18 countries in Africa.

This mechanism, set up in 2017, is designed to support countries in implementing their commitments to more resilient development. In concrete terms, it involves offering technical assistance and capacity building activities to consolidate climate governance, better integrate adaptation to climate change into public policies and bring about structuring adaptation projects.

What commitment from the US?

As the second largest polluter in the world with 5.2 billion tons of CO2 per year behind China (10 billion tons of CO2 per year), the United States of America, through the DFC (United States Finance Corporation for International Development), is planning an investment of 1 billion dollars for resilience, particularly in agriculture to guarantee food security. In addition to this funding, the financial institution is launching a Climate Action Facility, which will deploy at least $50 million in technical assistance funds “to build a robust pipeline of climate finance investment transactions, including for adaptation and resilience.”

Finnish investor Finnfund is pledging a €1 billion investment for climate change adaptation and mitigation. Nederlandse Financierings-Maatschappij voor Ontwikkelingslanden (FMO), the Dutch development finance company that is showing renewed interest in Africa, will manage €600 million raised by the Dutch Climate and Development Fund (DFCD). FMO will also set up a €75 million financing facility for water, a key sector in countries with arid and semi-arid climates in the Sahel, North Africa, the Horn of Africa and Southern Africa.

Even without hard targets, other investors are committed to increasing their financing for climate change adaptation around the world. This is the case of the Nordic Development Fund (NDF), which wants to allocate 50% of its financing to adaptation. The European Investment Bank (EIB) is promising a first plan to increase the volume and impact of its adaptation financing. The Development Finance Institute Canada (DFIC) will increase its climate finance to 35% of its total investments by 2025.