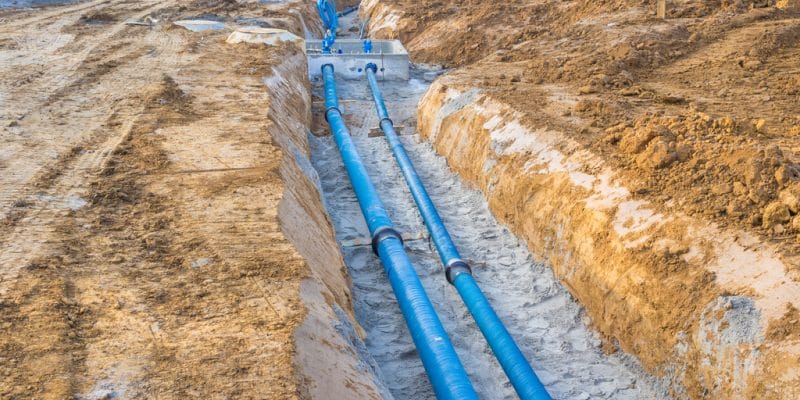 The Namibian and Angolan authorities have just inaugurated the Calueque-Oshakati cross-border drinking water supply project. Field work was carried out by the Angola-Namibia Permanent Joint Technical Commission on the Cunene River Basin (PJTC).

The Angolan and Namibian ministers responsible for water met on November 19, 2018 in Calueque, a city located in southern Angola. They were present to attend the inauguration ceremony of the Calueque-Oshakati Transboundary Drinking Water Supply Project, implemented by the Angola-Namibia Joint Permanent Technical Commission on the Cunene River Basin (PJTC). It is a commission working under the aegis of the Southern African Development Community (SADC).

The project aims to rehabilitate and upgrade existing water supply infrastructure, including the Calueque-Oshakati canal (about 150 km long) that supplies irrigation and drinking water to northern Namibia. The canal is affected by serious losses, pollution and sedimentation problems that generate high maintenance and purification costs. Infrastructure has suffered from the civil war in Angola, as well as illegal water withdrawals. In northern Namibia, 800,000 people are currently benefiting from the canal’s supply and another 100,000 in southern Angola will soon be supplied thanks to the work that has been carried out.

According to Alpheus Naruseb, Namibia’s Minister of Agriculture, Water and Forestry, his country will continue to strengthen cooperation with Angola for a better “management and joint development of the water resources of the two communities”.

If the project will benefit an additional 100,000 people on the Angolan side, it is because a new water treatment plant has been built there. It was delivered during the second quarter of 2018. For this joint project, the two governments helped each other for funding. They received support from the European Union through the EU-Africa Infrastructure Trust Fund (EU-AITF), which provided €2.4 million. This money made it possible to finance the identification and preparation of the project. This led to two feasibility studies. The technical assistance grant was provided by the Kreditanstalt für Wiederaufbau (KfW), a German development bank.