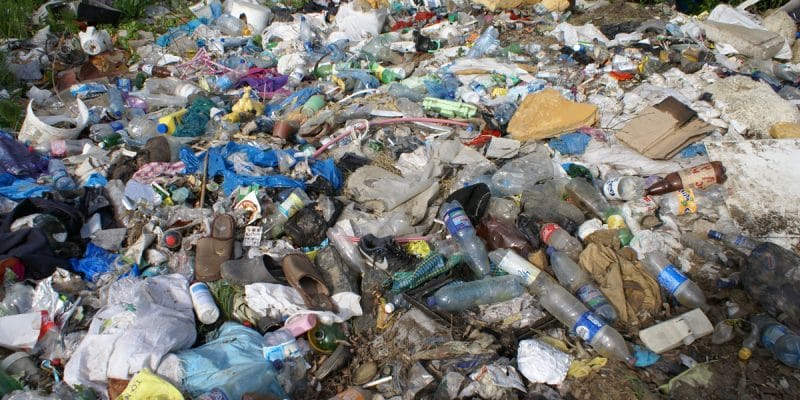 During the 2nd edition of the Mushezo y'Afrikal festival, which opened on 16 December 2019 in Kinshasa, Junior Luwaka distinguished himself by presenting a work particularly committed to combating plastic pollution. The visual artist denounces the lack of civic spirit displayed by city dwellers, who throw plastic waste throughout nature.

Junior Luwaka’s new work of art is called Bololenkemi (“Beast that I am”, in Mongo, a local language). The name therefore calls and sensitizes more than 17 million inhabitants of the Congolese capital, Kinshasa. They are accused of poorly managing plastic packaging after use. Plastic bottles, caps, sacks and bags are thrown all over the place. Moreover, city dwellers do not care about the environmental and health risks of such practices.

Junior Luwaka is protesting against this irresponsible behaviour through the presentation of Bololenkemi. The drawing shows a man, whose body is lined with plastic bottles and caps, ready to hold more bottles on his body. Through this costume, the character invites plastic users to come and stick them on his body, where they might last longer, instead of throwing them all over the streets of Kinshasa.

Bololenkemi was presented to the public in Kinshasa on 16 December 2018, during the 2nd edition of the plastic art festival called Mushezo y’Afrika, which was dedicated to the fight against plastic pollution, through the theme “Overcoming plastic pollution in Kinshasa and anywhere else”. This theme is in line with the recommendations of the United Nations Environment Programme, on the occasion of the celebration of World Environment Day on 5 June 2018. While focusing on the fight against plastic pollution, the organization called on world citizens to make a concrete and permanent commitment.

In Congo, where plastic pollution is growing at an alarming rate, the UN Environment already reported in 2012 a daily production of 48,154 kg of plastic waste, while regretting the poor management of 85% of this waste.

However, the government has not remained indifferent to this situation. On 30 December 2017, a Prime Minister decree stopped the production, import, marketing and use of plastic bags, sacks and other plastic packaging throughout the DRC. After granting a six-month extension to operators in the sector, the government signed the decree into force on Saturday, June 30, 2018.