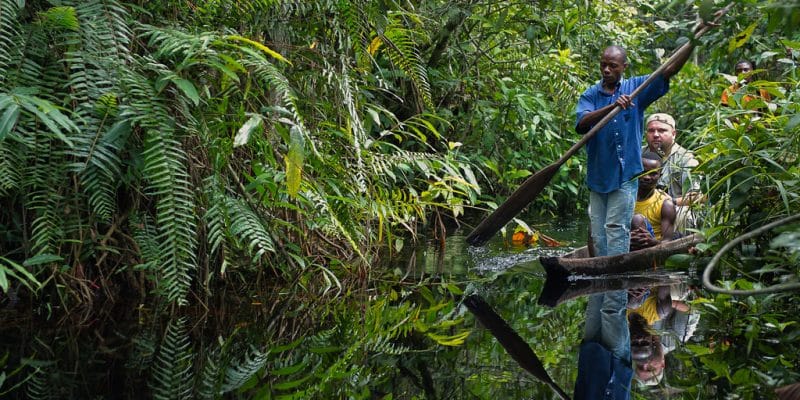 The Mimbeli-Ibenga concession, a CIB-Olam Forest Management Unit (FMU) located in Pokola in the Sangha region of northern Republic of Congo, is now 100% Forest Stewardship Council (FSC) certified. It becomes the fourth CIB-Olam FMU to obtain the certification after Pokola, Kabo and Loundoungou-Toukoulaka.

The forest management units (FMUs) of CIB-Olam, a subsidiary of the international agribusiness group Olam International, are now all 100% Forest Stewardship Council (FSC) certified. CIB-Olam, located in Pokola, in the Sangha region of northern Republic of Congo, has recently obtained the latest certification for Mimbeli-Ibenga, its fourth FMU.

To obtain a Forest Stewardship Council (FSC) certification, applicants must comply with 10 principles, 70 criteria and 379 indicators. This process takes months or even years of work. Among the priority principles of FSC, a global organisation responsible for ensuring that sustainable forest management is respected in the production process of wood and wood-based products, is respect for national laws, labour rights and the rights of indigenous peoples. The other key principle is the facilitation of community relations and strict respect for ecosystems and biodiversity, including through the preservation of areas of high conservation value. The fight against poaching is also an important part of certification. Harvesting practices as a whole are extremely rigorous and preserve the environment while emphasising safety.

Species to be protected in Mimbeli-Ibenga

The Mimbeli-Ibenga FMU is an amazing example of biodiversity. It has 375,738 trees of which more than 290 species have been listed by the FSC. The concession is also home to more than 33 species of mammals including elephants, chimpanzees and gorillas. These species will also be protected under the FSC principles of wildlife protection.

In Gabon, however, as in the other countries of the Central African region, much remains to be done. Gabon’s forest resources are threatened by illegal logging and poor environmental practices. The country is considered one of the most densely forested countries in the world. It is home to more than 85% of the equatorial forest, but barely three logging and timber production companies are certified.

To better protect its biodiversity, the Gabonese government signed a partnership agreement with the FSC on 31 January 2020. This agreement should assign an eco-responsible label to all Gabonese concessions by 2022. The Forest Stewardship Council certification should also improve the rights of Gabonese workers and allow compulsory access to education for families living in the areas of exploitation.

Difficulties encountered in the context of this agreement

The agreement signed between the Gabonese government and the FSC is not unanimously supported in the country. Smallholders and some members of civil society see this partnership as too costly and anti-competitive, the cost of which would represent 5.30 euros (nearly 3,280 CFA francs) per m3 of logged timber exploited. In the face of this reticence, the FSC has reassured the operators by announcing that a cost-sharing arrangement would be possible.