Homepage » CONGO: the Biodev 2030 project to halt the decline in biodiversity

CONGO: the Biodev 2030 project to halt the decline in biodiversity 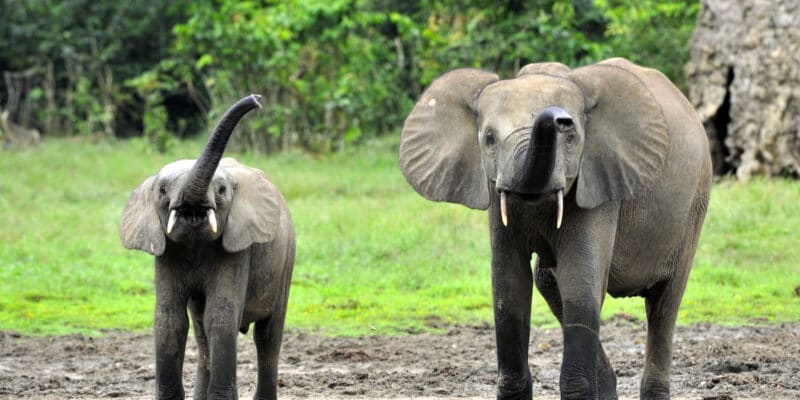 The Congolese government launched Biodev 2030 on February 24th, in Brazzaville. The project aims to adopt and perpetuate sectoral commitments to halt the decline of biodiversity and its consequences over the next decade.

The regeneration and preservation of biodiversity will soon be taken into account in the different development sectors of Congo Brazzaville (habitat, agriculture, industry, technology, etc.). This is the whole point of the Biodev 2030 project, launched on February 24th, 2021 in the capital Brazzaville. “This project will develop our commitment to biodiversity,” said Arlette Soudan-Nonault, the Minister of Tourism and Environment, who is also the technical coordinator of the Congo Basin Climate Commission (CBCC).

According to its promoters, Biodev 2030 has two main objectives, namely the integration of biodiversity into strategic economic sectors in order to reduce and avoid pressures on nature in the next decade, and the development of national and regional coalitions to ensure the sustainability of sectoral commitments and encourage their dissemination to other countries. Funded by the French Development Agency (AFD), in partnership with the World-Wide Fund for Nature (WWF), the project will take place over two years. During this time, society’s actors: state actors, civil society organizations, the private sector, citizens, indigenous peoples and local communities will be mobilized to define commitments for biodiversity in their respective sectors. During the consultation workshops planned by the project, proposals and discussions will be organised with a view to the 15th Conference of the Parties of the Convention on Biological Diversity (COP15 – CBD).

A programme developed in 12 other pilot countries in Africa

In addition to Congo, the Biodev 2030 project involves 12 other African countries including Benin, Burkina Faso, Cameroon, Ethiopia, Gabon, Guinea, Kenya, Madagascar, Mozambique, Senegal, Tunisia, Uganda and Uganda. The choice is thus made to focus on developing countries, as biodiversity is a determining factor in the economic, social and environmental health of their populations.

Apart from carbon sequestration, better water management and natural disaster risk reduction, in developing countries biodiversity is a guarantee of agropastoral production, the development of medicinal plants and the production of firewood. According to the Intergovernmental Platform on Biodiversity and Ecosystem Services (IPBES), 62% of rural populations in Africa are directly dependent on ecosystems and the environmental goods and services they provide.