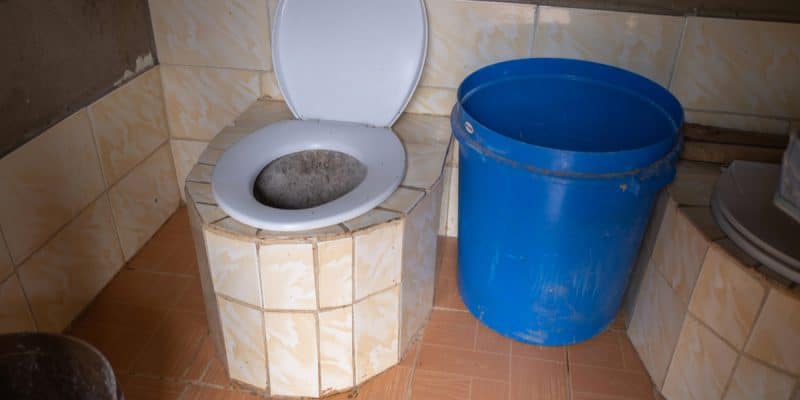 Stay Clean wants to eliminate the phenomenon of open defecation in Kinshasa, the capital of the Democratic Republic of Congo. To do so, the association equips markets with dry toilets. This is a sustainable and ecological solution, which also takes into account the reuse of faecal matter collected in biogas or organic fertilizers.

Stay Clean, a Swiss association that is very active in the Democratic Republic of Congo (DRC), is now ready to launch its project in the capital. It is a project to improve the well-being of women and children through the construction of dry toilet blocks in the city’s busiest markets. Also known as compost toilets, dry toilets are sanitary facilities that do not use water to flush faeces. It is therefore possible to recover excreta to produce biogas or organic fertilizers.

The Stay Clean dry toilet project in Kinshasa is a response to the glaring lack of sanitation facilities in the city of 14.5 million inhabitants. According to UNICEF, only 29% of the population has access to improved sanitation facilities. Yet access to adequate sanitation and hygiene conditions helps to prevent multiple water-borne diseases, such as cholera, the epidemic that will cause nearly 900 deaths in this Central African country in 2018.

Dry toilets have many environmental benefits

The dry toilet announcement in Kinshasa was made on October 1, 2020, by the managers of Stay Clean, who had just received training in Switzerland from the Fédération vaudoise de coopération (Fedevaco) on project management and monitoring. This was the motivation behind the launch of a project whose feasibility study has been underway since 2017. “In the planning of our actions, we will have to sensitise thousands of vendors in the three major markets of Kinshasa. This project will strengthen the dignity of women in the markets, while providing them with training on how to respect the gestures of barriers, management and maintenance of our toilet blocks,” says Limangi Barocheli, project manager at Stay Clean. In its perspectives, the association plans to develop a vast network of autonomous, affordable solar-powered toilets covering the 24 communes of the city of Kinshasa.

Already popularised in some European countries, notably Sweden, long before the Second World War, dry toilets, in addition to being a source of biogas and organic fertilisers, have other ecological advantages. They save water, unlike ordinary toilets, which consume three to twelve litres of water each time they are used. The use of dry toilets also simplifies water treatment in sewage treatment plants, as the bacteria and chemicals in excreta require longer treatment to be as harmless as grey water (washing water).