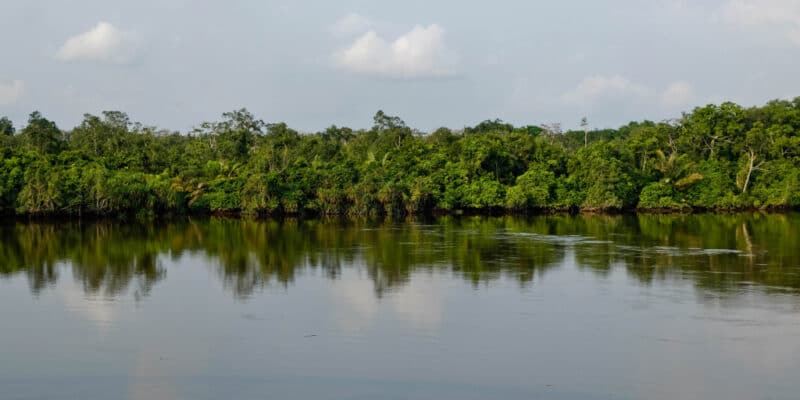 Through its forests, the Congo is a vital global carbon stock and home to an equally important biodiversity. In this country, located in the heart of the world’s “second green lung”, forests also play an important role in the national and household economies. According to the World Bank, Congo has the third largest area of tropical rainforest in Africa, and 80% of it is unprotected.

“This Emission Reduction Payment Agreement (ERPA) will reward efforts to reduce 8.4 million tons of carbon emissions through 2025 as part of the Republic of Congo’s ambitious emission reduction programme,” says the World Bank. Congo’s CO2 emission reduction programme, which will now test the REDD+ system, will be implemented in the Sangha and Likouala regions. Located in the north of the country, these two departments, which cover an area of 12 million hectares, make up nearly 60% of Congo’s forests, according to the World Bank.

“Although the national deforestation rate has been historically low, the rainforest is at risk of becoming a future deforestation hotspot, particularly due to the increased activity of companies involved in logging, palm oil production and mining,” says the financial institution headed by David Malpass. As logging is one of the main causes of deforestation in Central Africa, the Congolese government plans to work with logging companies on emission reduction activities, such as the adoption of low-impact logging techniques, the identification and avoidance of high conservation value forests, etc.

What guarantees for indigenous communities?

According to Brazzaville, the programme also includes a benefit-sharing plan, developed through stakeholder consultations at national and local levels, to ensure that community members and local partners are recognised and rewarded for their role in reducing emissions. This includes indigenous peoples who depend on forests for their livelihoods. These communities will contribute to reducing carbon emissions and increasing their incomes through sustainable agricultural practices such as smallholder cocoa production, subsistence agroforestry systems and fruit tree planting programmes.

If local communities seem to be taken into account thanks to the REDD+ system, with the development of activities such as cocoa cultivation, it should be noted that the production of these beans for export is at the origin of massive deforestation in Ivory Coast. According to researcher Traoré Kassoum from the University Péléforo Gon Coulibaly in Korhogo, the forest cover of Ivory Coast was estimated at 16 million hectares in 1900. Today, only about 2.5 million hectares remain.

For the record, ERPAs are instruments that promote sustainable land management and help link countries to other sources of climate finance. In addition to Congo, this mechanism is already benefiting other African countries such as Madagascar, Mozambique and the Democratic Republic of Congo (DRC).