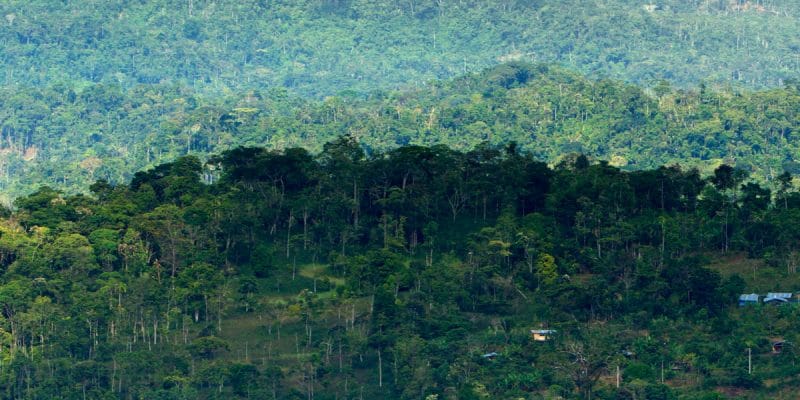 Greenpeace is demanding the publication of the forestry contracts signed on January 14, 2020 between the state and two Chinese companies. The environmental NGO is suspicious that the Congolese government has broken its promises by authorising the exploitation of close to 2 million hectares of protected forests.

The Congolese government did not respect the deadline set by Greenpeace Africa. In a press release issued on the 4th of March 2020, the international environmental NGO called for the publication of all documents relating to the forestry contracts signed on the 14th of January 2020 between the state and two Chinese companies: Congo King Baisheng Forestry Development, and Congo Sunflower Forestry Development.

According to the NGO Greenpeace, the agreements involve the signing of nine forest concession contracts, covering a total area of some 2 million hectares (20,000 km²). Transactions were carried out in violation of certain regulatory provisions, including Decree No. 11/26 of 12 May 2011, which provides for the publication within 60 days of any contract relating to natural resources.

Greenpeace thus denounces the opacity in the awarding of these concessions. “It is difficult to say whether it is in protected areas or not… According to the first information we have at the moment, it is in the dense forest of the DRC. We know how important the forests of the Democratic Republic of Congo are in the fight against climate change,” said Irene Wabiwa Betoko, international project manager for Greenpeace’s Forest Campaign.

The NGO Greenpeace also notes that the Congolese government has failed to keep its promise to preserve its forest (155.5 million hectares, or about half) in the Congo Basin. Indeed, the contracts were signed a few weeks after the approval of $12 million in international aid to the DRC as part of a sustainable forest management programme.

For the Congolese government, these are simply “transfers” of existing titles. “There are no new concessions allocated. There has been a change of name on the part of the concessionaires,” said the Minister of Environment and Sustainable Development, Claude Nyamugabo, on March 5, 2020 in Kinshasa, on the sidelines of a meeting on the DRC’s forest policy.

According to official sources, there is a moratorium on the allocation of new concessions under the 2002 Forest Code. “We are in the process of meeting the conditions for lifting this moratorium in consultation with our partners,” the Minister added.