Homepage » CONGO: €152 million project for the promotion of bamboo products

CONGO: €152 million project for the promotion of bamboo products 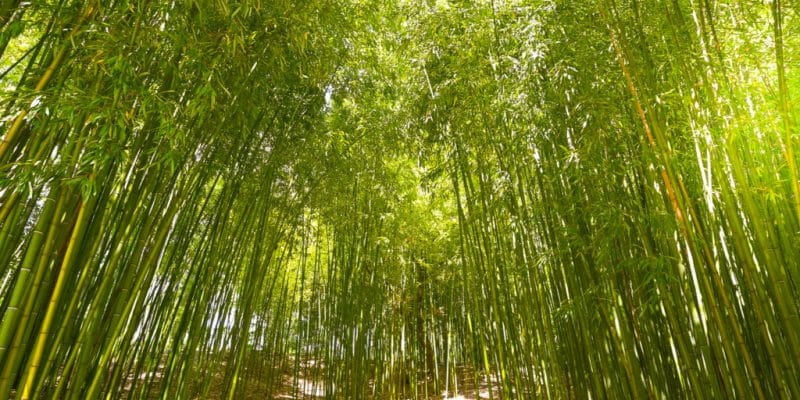 The government of Congo wants to develop bamboo thanks to a 100 billion CFA francs (152.4 million euros) project that has recently been launched. Bamboo will be cultivated in the country for various uses.

Congo is one of the African countries that have chosen to exploit the potential of bamboo. A partnership has been signed between the Congo National Development Fund (FNDC) and the Congolese Ministry of Forest Economy for the launch of a major bamboo cultivation project.

“We plan to set up a Bamboo Industrial Fund to promote the planning and development of the bamboo industry. We will also set up a research institute for bamboo resource economics,” says Huo Kouyin, the chairman and CEO of the FNDC. The Congolese government has decided to invest 100 billion CFA francs (152.4 million euros) in the creation of a bamboo industry.

Initially, the government will set up bamboo plantations throughout the country with the support of private players. These fast-growing plants will then be developed in factories that will be set up on site. This will allow the bamboo plants to be transformed into flowering plants that can be used in construction, for example.

The bamboo will also be transformed to produce textiles by changing its cellulose into viscose. In concrete terms, this is an operation in which the bamboo pulp is extracted, reworked by chemical and physical treatments to obtain filaments. These are then used to produce fabric. Some species of bamboo are edible as vegetables (in salads) when they are still young. They can also be processed into other food products using techniques used in Asia.

Furthermore, in 2018, the Congolese government sent several executives to China for training on bamboo domestication and processing techniques. Congolese craftsmen use it to make items necessary for everyday life such as chairs, benches, beds, fences, bridges, water pipes, gutters for collecting rainwater… Bamboo thus offers an almost complete alternative to wood. The Congolese government estimates that bamboo recovery could create at least 5,000 jobs.

The contribution to the environment

The use of bamboo in construction, as well as in the manufacture of charcoal briquettes for cooking, could contribute to the reduction of logging in Congolese forests. According to scientists, bamboo can fix 30% more CO² than other substitutes. It therefore releases 30% more oxygen than other plants of its size. Its narrow leaves improve the infiltration of water into the soil.

In dense rainforests, the canopy does not always facilitate water infiltration into the soil. Moreover, bamboo limits soil erosion thanks to its very dense root network at least 60 cm deep. These plants can thus be planted along the banks of watercourses. The Congolese government aims to plant bamboos in disadvantaged areas of Congolese cities, which are very often prone to erosion.