Homepage » CONGO: Djiri and Djoué water plants to be reactivated in April and July 2022
This article is part of the dossier
WORLD WATER FORUM: SECURING ACCESS TO WATER AND SANITATION IN AFRICA

CONGO: Djiri and Djoué water plants to be reactivated in April and July 2022 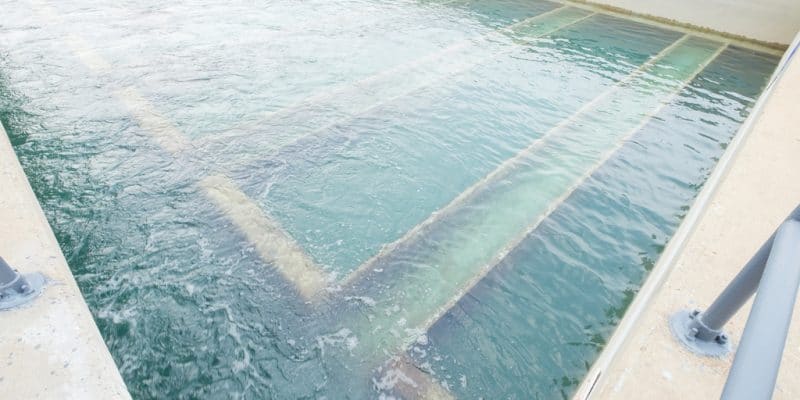 The Djiri and Djoué drinking water plants, currently being rehabilitated in Congo, will be reactivated in April and July 2022 respectively. The director of operations of la Congolaise des Eaux (LCDE), Bienvenu Ibara, made this announcement on 18 March 2022.

The recent inspection visits to the site of the work of the Project for the extension in peripheral areas and reinforcement of the drinking water service in Brazzaville (PEPS), in Congo has resulted in a schedule. Officials from the Congolaise des Eaux (LCDE), which is implementing the project, have announced that the Djiri drinking water plant will be back in service in April 2022. The Djoué water treatment plant will be operational again in July 2022.

The work was launched in 2020 by the French consortium Sogea-Satom and Razel-Bec. At the Djiri plant, the renewal of equipment is almost complete, as is the installation of new electric pumps. By April 2022, the modernized plant will pump 900 m3 of water per hour to a 5,000 m3 reservoir in Itatolo before distribution to households in the Mfilou district.

Work is also well underway at Djoué where the modernization of units A and B of the drinking water plant is underway, as well as the reinforcement of the water collection area on the banks of the Djoué River (installation of anti-hammer devices, abloc pots, etc.). The water treatment plant, which has been in operation since 1954, is capable of producing 1,500 m3 per hour.

The Congolese government is financing the work with a 100-million-euro loan from the French Development Agency (AFD). Part of the funding will be used to extend the secondary and tertiary networks over 680 km in 12 districts of Brazzaville, to make 30,000 new connections with meters, to rehabilitate a 154 km network and to make 14,900 connections. These operations will eventually “extend the drinking water service to 300,000 people and improve access to the water network for 150,000 people in Brazzaville”, according to AFD.

The project to extend the drinking water service to peripheral areas and strengthen it in Brazzaville also includes the implementation of new customer management software, as well as the sensitization of 450,000 people to good hygiene and sanitation practices, with a focus on gender inequalities. The management capacities of the LCDE will also be strengthened for an efficient and sustainable service in a clear and inclusive sectoral framework.