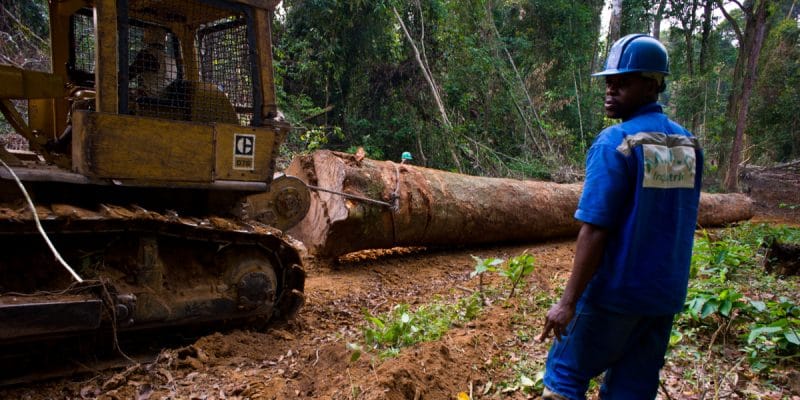 The Pulitzer Center has just launched the Rainforest Investigations Network (RIN). This network of investigative journalists residing in the Congo Basin is dedicated to identifying the root causes of problems related to the preservation of the world's second largest green lung.

The Pulitzer Center, a journalistic organisation committed to the promotion of little-talked-about issues, launched another scholarship programme in the Congo Basin on November 24th, 2020. This is the Rainforest Investigations Network (RIN), an initiative aimed at harnessing investigative reporting and cross-border collaboration to shed light on the interactions between governance and forest degradation. “This is a unique opportunity to lay the groundwork for a much deeper and more mature account of the problems facing rainforest regions and the solutions that will secure their future,” says Gustavo Faleiros, environmental investigations editor of the Rainforest Investigations Network.

The RIN is aimed particularly at investigative journalists. They have until December 20th, 2020 to submit their applications to be among the three journalists who will make up the network’s first promotion. Members of the network will receive investigative grants throughout the year 2021. They will work on individual and collaborative reporting projects to systematically probe the drivers of deforestation, money flows, land grabbing activities and violations of the rights of people living near forests.

A sister initiative of the Rainforest Journalism Fund

RIN has been launched simultaneously in other major forest basins around the world, notably in the tropical rainforests of the Amazon and Southeast Asia. “This is one of the most ambitious initiatives we have ever undertaken. It allows journalists and news agencies around the world to work together to expose and address the root causes of deforestation and forest degradation that threaten the planet’s climate future,” said Jon Sawyer, executive director of the Pulitzer Center.

RIN is the Pulitzer Center’s second programme on journalistic coverage of human-nature interactions in three of the world’s major rainforest regions. The organisation had already launched the Rainforest Journalism Fund (RJF) in 2018. The five-month fellowship programme plans to support nearly 200 original forest reporting projects, as well as annual regional conferences designed to raise the level of reporting on global tropical forest issues such as deforestation and climate change.