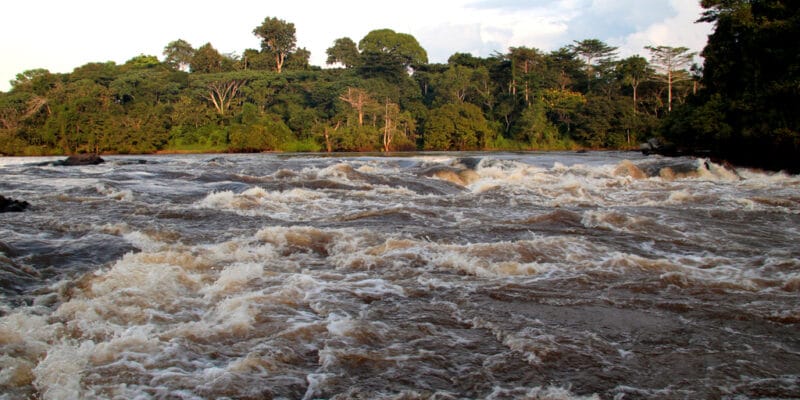 The French Global Environment Facility (FFEM) and the French Development Agency (AFD) are awarding two 2 million euro grants to the Congo-Oubangui-Sangha Basin International Commission (Cicos) for a climate change adaptation project in the Congo Basin. This financing will benefit the 10 countries covered by the planet's second green lung with its hydrographic regime.

The Secretary General of the International Commission of the Congo-Oubangui-Sangha Basin (Cicos), Judith Enaw recently signed a financing agreement with François Pujolas, the French Ambassador to the Democratic Republic of Congo (DRC), and Didier Grébert, the Director of the French Development Agency (AFD) in Kinshasa. Cicos thus obtained a grant from the French Global Environment Facility (FFEM) for the implementation of its Integrated Water Resource Management and Climate Change Adaptation in the Congo Basin (Gire-SAT-Congo project).

The FFEM has pledged with AFD to allocate two 2 million euro grants for the Gire-SAT-Congo project which aims to conduct in-depth studies on resilience and adaptation to climate change in the Congo Basin. The long-term objective is to increase the quantity and quality of data and information produced on water, to better organize access to this data and to strengthen mechanisms for sharing information and applications related to water, its uses and dependent ecosystems.

Data collection on climate change in the Congo Basin

The first grant for the Gire-SAT-Congo project was awarded on May 8th, 2020 by AFD. The French financing will enable the strengthening of knowledge on water resources through the rehabilitation and implementation of “new in situ hydro-meteorological stations to meet countries’ needs. This data collection will be strengthened by financing a PhD thesis on the water functioning of the Congo Basin and its central basin, making the most of available hydro-meteorological data”, explains Didier Grébert, AFD Director in Kinshasa.

FFEM and AFD support will also enable the development of applications that will make the data collected and its analysis more accessible to Cicos member countries’ administrations and regional administrations.

The project beneficiary countries include the Democratic Republic of Congo (DRC), Congo, Gabon, Central African Republic (CAR), Angola, Cameroon, Rwanda, Burundi and Tanzania. While water stress is less perceptible in some Central African countries, it goes without saying that climate change is also manifested through the increasingly late rainy season. This affects farmers who depend almost exclusively on rainfall for agriculture.