Homepage » CONGO: Ban on export of timber in log form comes into force

CONGO: Ban on export of timber in log form comes into force 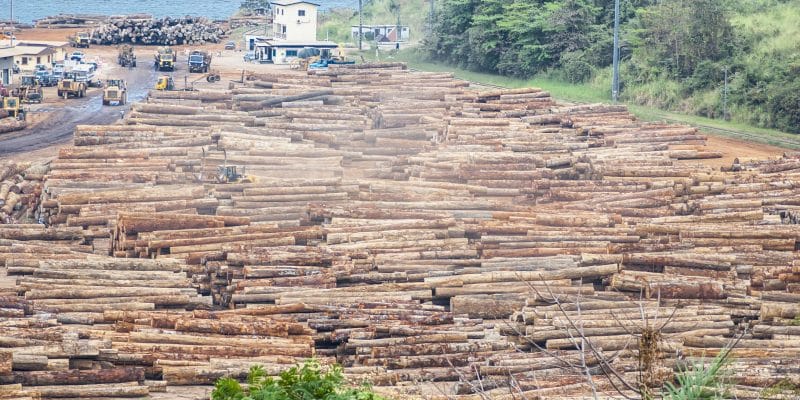 The Republic of Congo is suspending the export of timber in the form of logs. The measure came into force on Sunday 1 January 2023 at the port of Pointe-Noire. Congo joins Gabon, which has been applying this sustainability approach to forest management since 2010. Cameroon, on the other hand, continues to export logs, to the detriment of environmentalists and international agreements on forest preservation.

The port of Pointe-Noire in the Republic of Congo no longer exports timber in log form. Exports of timber from Congo are now limited to semi-finished and finished products. The decision taken at the end of last December, which has been in force since 1 January 2023, should, according to the port authorities, enable the Congolese forestry sector and more broadly the industries in the sector to increase their contributions to the gross domestic product (GDP) and thus increase state revenue.

Pointe-Noire port officials are following in the footsteps of the Congolese Minister of Forest Economy, Rosalie Matondo, who announced in a letter dated 21 October 2022 that from 1 January 2023, timber exports from Congo would be restricted to semi-finished or finished products. Congo thus joins Gabon, which has applied this policy since 2010.

Congo’s decision goes against the guidelines of the Council of Ministers of the Central African Economic Union (UEAC), which decided on 28 October 2022 to postpone for the umpteenth time, to an unspecified date, the entry into force of the log export ban.

Congo’s decision can also be seen as a message to Cameroon, the second largest forest cover in the Congo Basin, with around 22 million hectares of forest, or almost 46% of the country’s total area. Despite calls from environmentalists and numerous international agreements, notably the Paris Agreement, which calls for sustainable forest management, Cameroon continues to export logs in the name of a tax windfall that amounts to 80 billion CFA francs (nearly 122 million euros), according to official figures. A tax levy that the players in the timber sector no longer intend to suffer. In a strike notice sent to the Prime Minister on 23 December 2022, they announced a strike, which has been in progress since 2 January 2023.